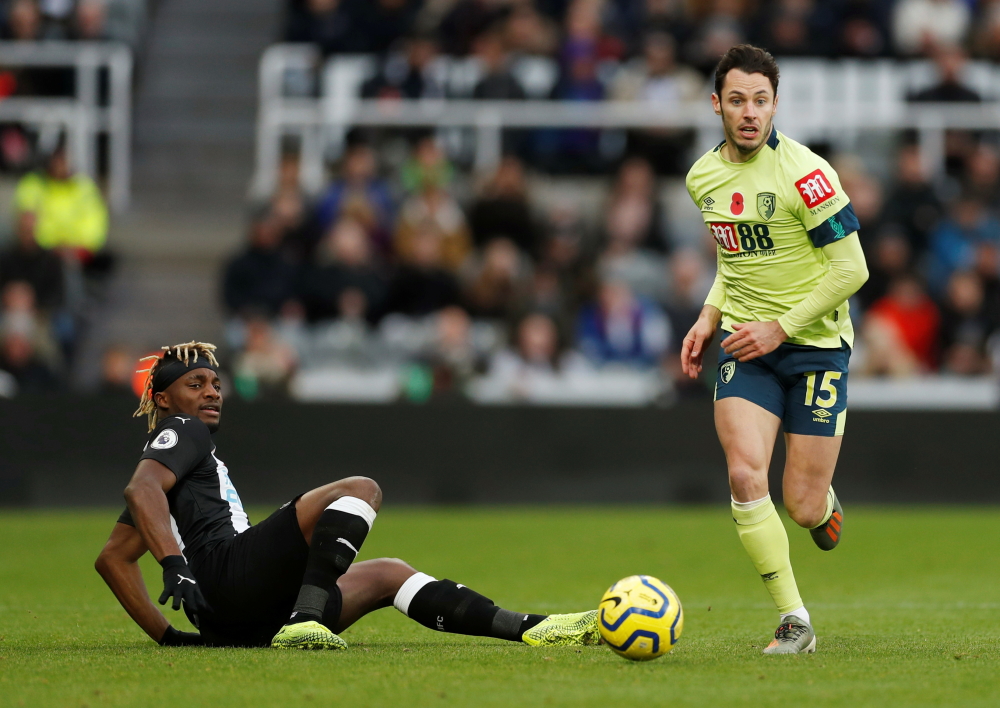 Adam Smith has joined a growing injury list at Bournemouth as they prepare to welcome Premier League leaders Liverpool to the Vitality Stadium on Saturday.

The Cherries are on four-game losing run, most recently failing to take advantage of 10-man Crystal Palace as they fell to a 1-0 loss on Tuesday night.

The visit of the unbeaten Reds is the last thing Eddie Howe’s men wanted, with the Merseysiders winning 4-0 on each of their last two visits to Dorset.

Howe says his team cannot afford to be intimidated by the tussle with the European champions and hopes the fact little is expected of them will allow his players to operate with a sense of freedom.

Three of Bournemouth’s four defeats have come away from home and Howe will hope the comforts of the Vitality Stadium will offer them a boost as they look to start moving away from the relegation zone.

Bournemouth’s cause hasn’t been helped by their injury list, with Smith the latest casualty. The right-back hobbled out of Tuesday’s defeat at Crystal Palace late on after a challenge with Wilfried Zaha. He will miss Saturday’s game due to an ankle issue.

He joins eight other players unavailable to face Liverpool, with Joshua King and Steve Cook not ready to make their returns from hamstring and jaw injuries respectively.

Junior Stanislas and Andrew Surman are both back in training after lengthy lay-offs although this weekend’s game will come too soon for them, while Lloyd Kelly, Charlie Daniels and David Brooks are some way off a return. Harry Wilson is also unavailable as he can’t play against his parent club.

Liverpool have no such injury concerns, with no fresh problems reported after Wednesday’s 5-2 mauling of Merseyside rivals Everton.

Joel Matip, Nathaniel Clyne and Fabinho are still missing for Jurgen Klopp, who could ring the changes against Bournemouth after he made five alterations to his starting line-up for the win over the Toffees.

Klopp said: “There is no time for rest. Still we have to try to give them rests here and there. The others have to perform.”

“I know when you’re a football supporter you want to play your best XI all the time, but it’s not FIFA.” 🎮

Jurgen Klopp has vowed to continue rotating his Liverpool squad ahead of a hectic festive period. pic.twitter.com/TVh7sP3er3

The likes of Roberto Firmino, Mohamed Salah, Jordan Henderson and Alex Oxlade-Chamberlain all started on the bench in midweek and could come back into the starting XI.

Liverpool are currently on a club-record 32-match unbeaten run in the Premier League and could open up an 11-point gap at the top of the league, with second-placed Leicester not playing until Sunday.