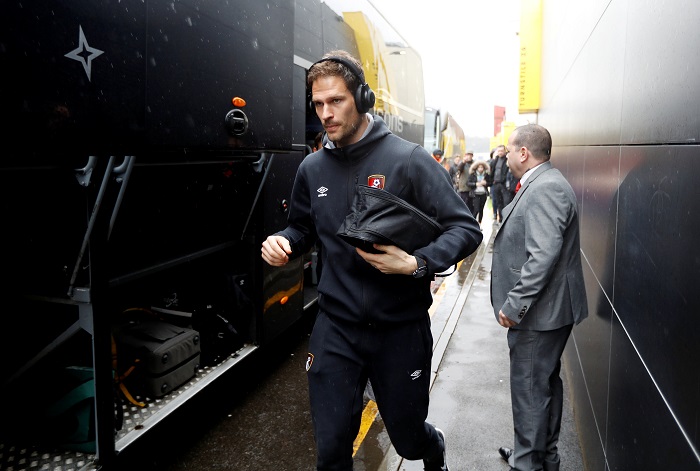 Asmir Begovic says he has enjoyed his time on loan at Qarabag and is hopeful a deal can be reached with Bournemouth about extending his time in Baku.

Bosnia and Herzegovina international Begovic slipped down the pecking order in the last couple of months of the 2018/19 Premier League season after manager Eddie Howe opted to install Aaron Ramsdale as number one.

With Arthur Boruc and Mark Travers seen as numbers two and three respectively, Begovic was effectively forced out of the Vitality Stadium exit door in the summer and joined Qarabag on loan for the first half of the campaign.

The 32-year-old has been in impressive form for the Azerbaijan outfit, playing 10 league games to help the defending champions move six points clear, and there are reports Atlilar are keen to extend his stay for the second half of the campaign.

Begovic has been speaking about his future beyond the January transfer window and is hoping the Cherries can come to an agreement with Qarabag.

“I should report to the club [Bournemouth] early next month and we’ll see what happens after that,” he said, via Sport Witness. “I came to Qarabag to get back into rhythm and that goal was fulfilled. I played all the time, was one of the best players in the team and returned to competitive form.

“I talked to the people at the club, their desire to continue cooperation is there. It’s nice for me here and I would [like to] stay but it’s not just me who decides. I will take a break to rest, spend time with family, and then we will see what to do next.”

Although keen to remain at Qarabag, Begovic, who has previously played for Portsmouth, Stoke and Chelsea, has been linked with a move to Championship outfit Birmingham City.

Blues currently have youngster Connal Trueman in goal and, with fellow senior stoppers Lee Camp and David Stockdale both out of contract this summer, the club are deliberating bringing in reinforcements in January.