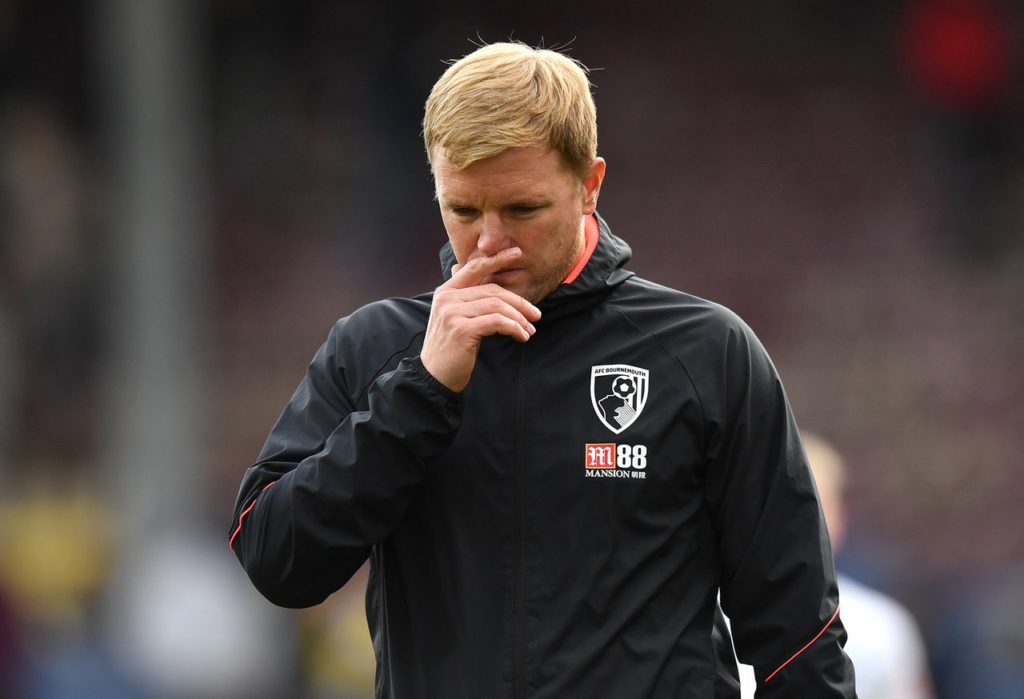 With the third round of the FA Cup getting underway this weekend, which of the Premier League sides look in danger of suffering an early exit?

The FA Cup is well known for throwing up shock results and that could be the case once again this weekend, with some Premier League and Championship sides facing the prospect of being dumped out early.

It has a dreadful campaign for Premier League outfit Bournemouth and the 4-0 defeat at West Ham United on New Year’s Day has seen the Cherries slip into the relegation zone, one point from safety with 17 games remaining.

Eddie Howe’s men are without a win from their last four games and have lost eight of their last 10 matches, leaving top-flight survival their priority for the rest of the season rather than a tilt at FA Cup glory.

The south coast outfit welcome Championship basement boys Luton Town to the Vitality Stadium on Saturday and the hosts, who have a number of injury issues, are expected to field a youthful-looking side after a gruelling Festive period.

Although The Hatters are sitting bottom of the second-tier, they will be eager to give their fans something to shout about and claiming a Premier League scalp could be the boost they need in their own survival quest.

Newcastle have enjoyed a good first half of the season under Steve Bruce, who wasn’t a welcome replacement for Rafael Benitez last summer, but three straight defeats have dampened the mood on Tyneside.

Not only are the Magpies without a win in three, they are walking wounded after the recent 3-0 home defeat to Leicester City, which ended up with Jetro Willems, Javier Manquillo, Jonjo Shelvey, Fabian Schar and DeAndre Yedlin picking up injuries.

With defenders Ciaran Clark, Jamaal Lascelles and Paul Dummett and midfielders Matt Ritchie and Allan Saint-Maximin already on the sidelines, Bruce is facing a selection crisis ahead of Saturday’s trip to Rochdale.

The Dale snapped a three-game losing run by beating Accrington Stanley 2-1 last time out and the League One outfit will be feeling confident of springing a surprise on a likely under-strength opposition.

Championship outfit Barnsley may be sitting 23rd in the standings but they have showed good improvement under new manager Gerhard Struber, who has his side on a five-game unbeaten run to sit three points off safety.

However, the Tykes’ only focus is on retaining their league status for next season, meaning they are likely to field a much-changed side for the trip to Gresty Road on Sunday to take on Crewe.

The Railwaymen have lost just one of their last eight games, helping them climb to third in League Two, and they haven’t lost at home in the last six matches in all competitions.