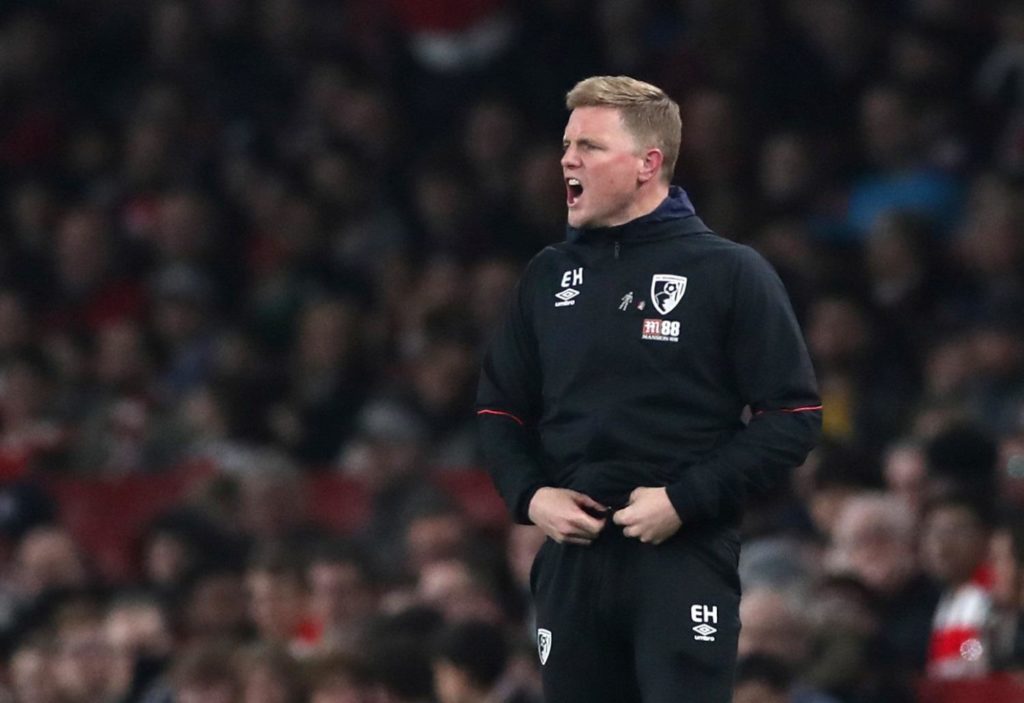 Bournemouth manager Eddie Howe says his side will learn lessons from their 2-1 FA Cup defeat at the hands of Arsenal on Monday night.

The Cherries gave themselves a mountain to climb after going two goals behind in the first 26 minutes, with Bukayo Saka and Eddie Nketiah finding the back of the net for the visitors.

Bournemouth substitute Sam Surridge, who looks to have a bright future ahead of him with the south-coast outfit, pulled a goal back deep into stoppage time but it was not enough to earn a replay at the Emirates.

Howe, who is under pressure to turn things around at the Vitality Stadium after a tough first half of the season, is eager for his side to learn from the experience of the defeat to Mikel Arteta’s team.

“We’re very disappointed,” said Howe. “We gave it a good go in the end. It was just a poor start – a tough first half-hour and we struggled to deal with their movement. We weren’t ourselves. But for the last 60 minutes we scrapped and almost got something in the end.”

Howe added: “We talked quite openly at half-time. We weren’t happy with what we delivered first half. We passed the ball better and competed better. There were moments there for us but that opening half-hour was the difficult part of the match. We learn lessons from tonight. Against the big teams you can take things from the game, even if you lose.”

Bournemouth will be looking to reproduce the performance that saw them beat Brighton 3-1 in their last Premier League outing when they face Aston Villa on Saturday.

The Cherries will be fresher ahead of the encounter at the Vitality Stadium, with Dean Smith’s Villa in Carabao Cup action on Tuesday night against Leicester City.