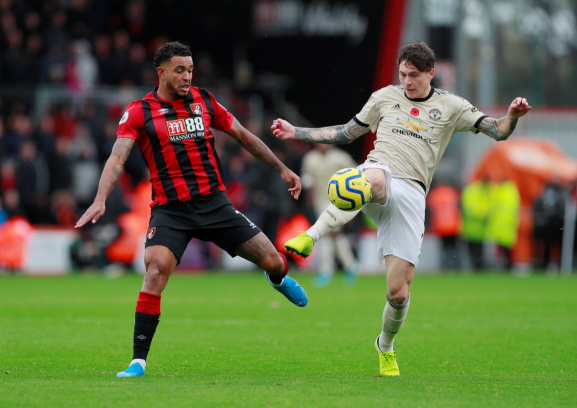 Bournemouth are reported to have knocked back a bid from Manchester United for striker Josh King ahead of the transfer deadline.

United are in the hunt to sign a new striker after losing Marcus Rashford to injury, and King has emerged as a top target for Reds boss Ole Gunnar Solskjaer.

King was once on the books of United but failed to make the breakthrough to the first-team set-up, before he was allowed to make the move to the Cherries.

The 28-year-old has flourished when scoring 45 goals in 151 appearances and it comes as no surprise to hear that United want to take him back.

King got the only goal of the game as Bournemouth beat United earlier in the season and Solskjaer spoke glowingly about him after the game.

Man United make enquiry over Josh King's availability… but Bournemouth tell them forward is not for sale#MUFC https://t.co/EZxrh7pxzB

“I’ve followed Josh since he came to United and before then when he was 15 or 16,” he said at the time.

“He has developed into a top player and is doing well for Bournemouth and Norway. I’m not happy he scored against us but it’s great to see him having a good career.”

It is clear that Solskjaer wants him back at Old Trafford, but trying to convince Bournemouth to sell is another matter altogether.

Had the Cherries been sat in mid-table they would probably not sell at this stage of the season, but it will definitely be out of the question considering their current position.

Eddie Howe’s men have it all to do as they look to stay in the top flight this season and King has a huge role to play in keeping them there, meaning Bournemouth will knock back all offers.

That is not to say that United may not try again in the coming hours and the Cherries may have to fend off more interest before Friday’s deadline passes.