I thought I could move to Manchester United – King 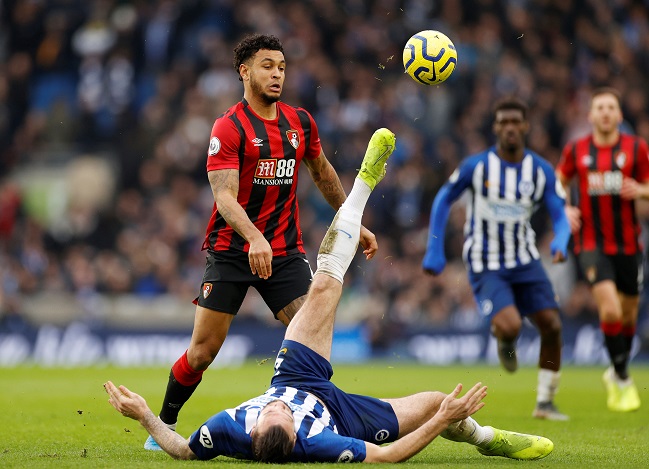 Bournemouth forward Josh King admits he thought a move to Manchester United on deadline day was a real possibility.

United were desperate to bring in another option up front with only Marcus Rashford, Anthony Martial, and Mason Greenwood to rely upon.

King’s name was frequently mentioned on deadline day with a return to the club he started his career at looking likely at one point.

However, a deal never transpired and instead United opted to sign former Watford man Odion Ighalo from Chinese Super League club Shanghai Shenhua on loan until the end of the season.

King made his return to the Bournemouth first-team following five weeks on the sidelines due to a hamstring injury in the Cherries’ 2-1 defeat to Sheffield United on Sunday, after coming on as a second-half substitute.

He will now aid them in their bid to survive in the Premier League with Eddie Howe’s team lying 16th in the table.

Speaking to Norwegian outlet TV2, King admits he thought a move back to Old Trafford was going to happen.

The 28-year-old says the prospect of moving back was definitely tempting and it evoked memories of being a young player at the club.

“A small part of me believed it could happen, and of course it was a bit emotional for me considering I had moved to England as a 16-year old to try and fulfil my dreams and to achieve my goals,” he said.

“And when you hear after all that, that you are linked with Manchester United and that there was an offer on the table, then, of course, the same feelings you had as a 16-year old come back to you.”

King only ever made two appearances for United before leaving to join Blackburn on a full-time basis in January 2013, following a successful loan spell.

Despite mixed form in the following two-and-a-half years, he became one of Bournemouth’s first signings upon their maiden promotion to the Premier League and became a much more regular goalscorer.

He has scored 47 goals in 161 games across all competitions since moving to the Vitality Stadium in 2015 and could be a transfer target for United once again when the summer window opens.