What is Bournemouth’s problem with Jon Moss? 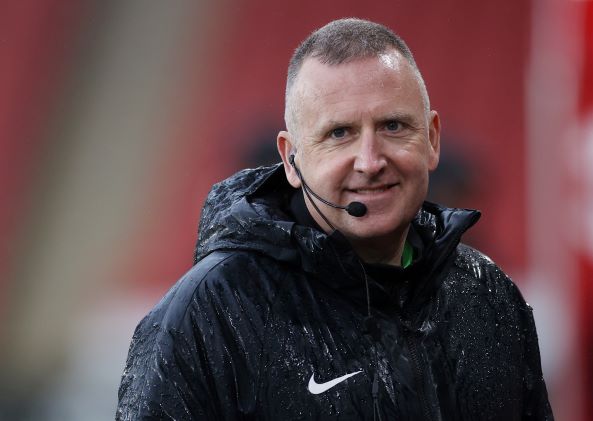 Dan Gosling has accused referee Jon Moss of showing Bournemouth "zero respect" in the 2-1 defeat to Sheffield United on Sunday, but is that the full story?

Gosling called on the west Yorkshire official to “come out and apologise” in the aftermath of the Cherries’ 2-1 defeat at Bramall Lane.

Not holding back, Gosling labelled Moss’ display on Sunday as a “disgrace”, alleging the official had mocked him and his team-mates during the damaging defeat that left Eddie Howe’s men 16th in the Premier League table, two points outside the bottom three having played a game more than three of the four sides below them.

The match was a tense affair, with Bournemouth giving up late goals in each half to lose from a good position after they had taken the lead through Callum Wilson’s livewire strike from close range.

But, watching from TV pictures, it was possible to detect that the Bournemouth players were unhappy with Moss long before Sheffield United equalised on the stroke of half-time.

In fact, the referee came over to the Bournemouth dugout after just eight minutes to hush Howe’s assistant Jason Tindall, who was seemingly having a go at Moss for ignoring what he felt was an earlier foul on Philip Billing.

Tindall gets a talking to from referee Moss. #afcb

Billing went down very easily and threatrically and that was to be a running theme throughout the game as Bournemouth’s players got increasingly wound up by the referee ignoring their claims for free-kicks.

Yet one of Gosling’s complaints to the Daily Echo after the game was that Moss had given “soft fouls away”.

The stats from the match were that Sheffield United committed ten fouls to Bournemouth’s eight and that Moss issued two yellow cards to the hosts and three to the Cherries.

One of those was to Andrew Surman, who reacted to what appeared to be claims of diving by Chris Wilder by pushing the Blades manager in the chest eight minutes into the second half.

That sparked a melee on the touchline and it took some time for order to be restored.

Asked if these alleged comments were made whilst the match was ongoing, Gosling added: “During the game, yeah. I think he should really come out and apologise because I thought he was a disgrace.”

They are unlikely to be proven unless TV cameras or microphones picked them up, but what does it say about Bournemouth’s collective mentality if the alleged comments have unnerved the Cherries dressing room?