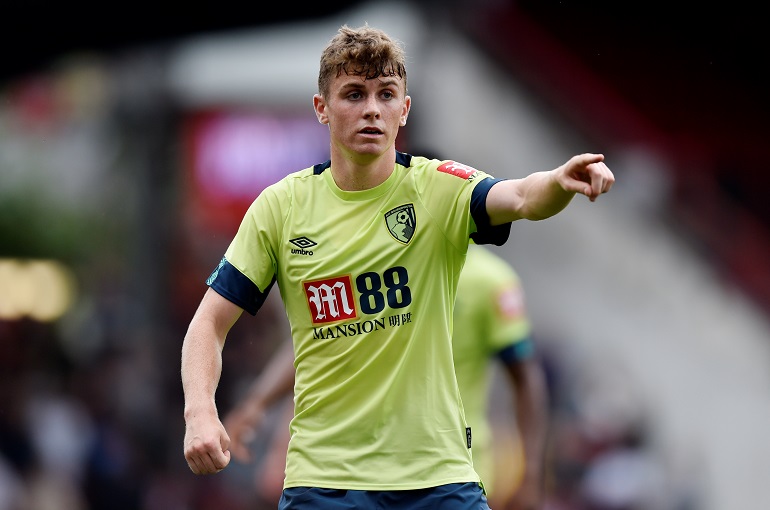 Eddie Howe is confident Gavin Kilkenny can keep developing in the years to come and become a big part of Bournemouth's first team.

Dublin-born star Kilkenny, who joined Bournemouth at 16 from St Kevin’s Boys, managed to force his way into Howe’s thinking during the club’s preparations for the 2019/20 campaign.

The 20-year-old midfielder scored in a pre-season friendly victory over French giants Lyon before being handed his first taste of competitive senior action in the EFL Cup tie against Forest Green Rovers in August.

Although yet to make his Premier League debut, the Irishman has impressed the coaching staff at the Vitality Stadium and he was handed a new long-term contract in December.

Republic of Ireland under-21 international Gavin Kilkenny has signed a new long-term contract with the Premier League club. https://t.co/BQ8RkngRwT

Kilkenny, who has been named on the bench for games against Tottenham Hotspur, Chelsea, Burnley and Arsenal this season, has also been receiving rave reviews for his performance for his country’s Under-21 side.

The midfielder made his international debut against Armenia in September, marking the first of six caps he has won for Stephen Kenny’s team, and he continues to go from strength-to-strength.

When speaking this week to the Bournemouth Daily Echo about Kilkenny’s contract extension, Howe said: “It’s a massive moment for him because I think it’s further evidence that we believe in him, we like him.

“He’s done very well since pre-season really. He really has attacked it, he’s given everything, he’s grown with the challenges we have given him. I have been very pleased with his mindset. It’s hugely important when you give players opportunities that they take them.”

Howe’s men return to Premier League action on Saturday when they make the trip to Turf Moor to take on Burnley, who are on a four-game unbeaten run in the league and have climbed to 11th in the table.

The Cherries lost 2-1 against Sheffield United last time out and that defeat has left the south-coast outfit 16th in the standings, just two points above the relegation zone.