Brooks’ return would be Cherry on the cake for Wales 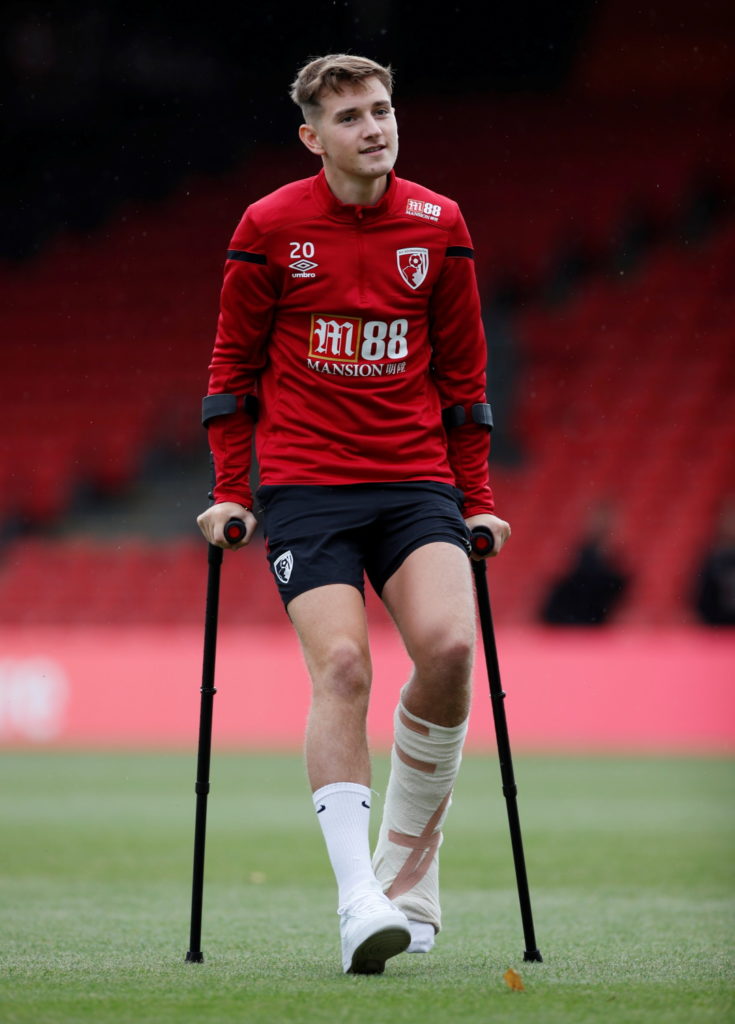 Bournemouth forward David Brooks has stepped up his recovery from long-term injury and could be involved for Wales at Euro 2020.

Brooks suffered ankle ligament damage in a pre-season friendly with Brentford in July and he was expected to be sidelined for around 12 weeks.

However, the forward had to undergo a second operation on his ankle in December, with Bournemouth stating they were “cautiously optimistic” about his chances of playing again this season.

Wales boss Ryan Giggs has been in close contact with Bournemouth counterpart Eddie Howe in the meantime as Euro 2020 draws close.

The 22-year-old became a key figure for club and country in 2018-19 after completing an £11.5million switch from Sheffield United.

He made 30 Premier League appearances for the Cherries during his debut campaign, scoring seven times, and was expected to kick on further this term.

Bournemouth have certainly missed Brooks’ creativity in the final third and Wales would undoubtedly be weaker without his talents at Euro 2020.

Indeed, Bournemouth were eight points and six places better off at this stage of last season – thanks largely to Brooks’ exploits.

Survival is far from guaranteed this term, with only a two-point buffer to the drop zone, and Cherries fans will be desperate to have the ex-Manchester City youth player back in their ranks.

Bournemouth have confirmed Brooks has returned to light training this week although he is still only at the rehabilitation stage.

Brooks has been running on the grass for the first time since surgery and the next phase of his recovery will be a return to first-team training.

A competitive comeback isn’t expected to happen until April at the earliest although he could still have an important role to play in Bournemouth’s run-in.

Giggs recently admitted that he is “monitoring” Brooks and says the youngster has been a “big miss”.

Wales’ friendlies with Austria and the United States in March are likely to come too soon although he could potentially be involved when they take on the Netherlands on June 6.

The Dragons have a wealth of attacking options, with the likes of Gareth Bale, Harry Wilson, Daniel James and Tom Lawrence to call on.

But Brooks will certainly have a role to play at the major continental competition if he avoids any further complications.

His availability would be the cherry on top of the cake for Giggs and take some pressure of his team-mates.

Wales reached the semi-finals of Euro 2016 and with Brooks and co they will be targeting another run at the tournament.