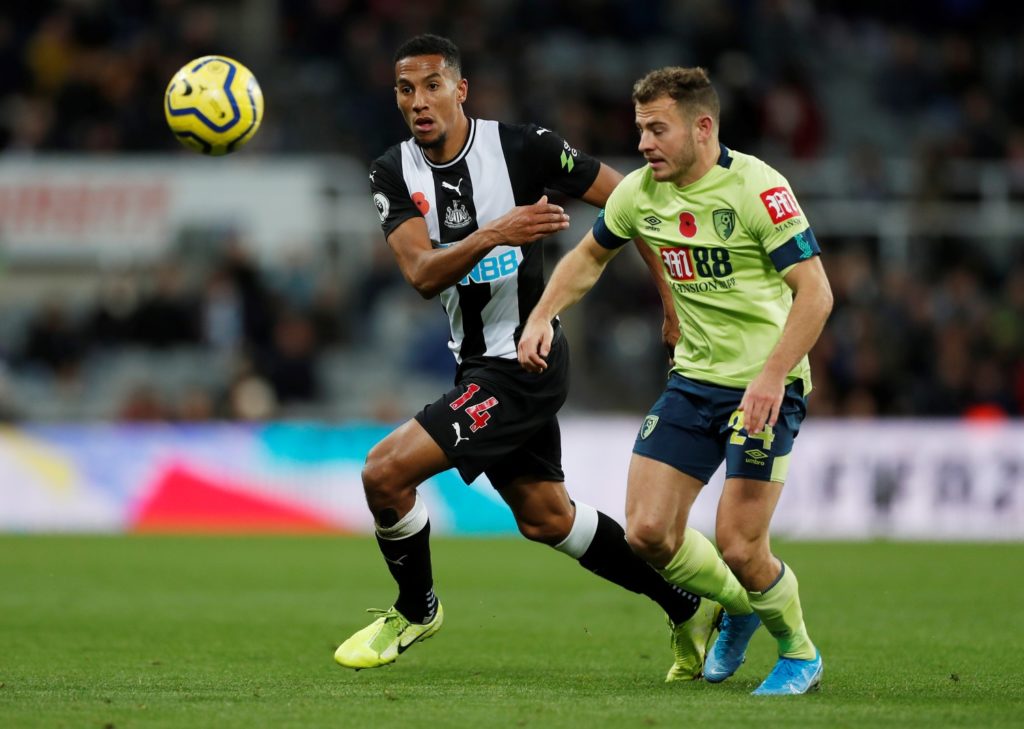 Bournemouth's Ryan Fraser is reportedly attracting interest from three Premier League clubs and, with his contract expiring this summer, what should he do?

Scotland international Fraser has been at the Vitality Stadium since his move from Aberdeen in January 2013 and he enjoyed a sensational 2018/19 Premier League campaign, helping the Cherries finish 14th in the table.

The 26-year-old registered a fantastic 14 assists in England’s top flight, only former Chelsea forward Eden Hazard (15) had more to his name that season, and this brought about huge interest in his services during the summer transfer window.

Arsenal, Liverpool and Tottenham Hotspur were all said to be showing an interest in the winger, but clubs opted against making a move for him and the Scot ended up staying on the south coast.

Unfortunately, Fraser has failed to replicate those type of performances this season, registering just four assists and scoring only one goal from 27 Premier League appearances – something he partly blames on his failed summer move away.

The winger has looked a little more like himself in the past couple of months but Bournemouth are still fighting hard against relegation to the Championship, with the club sitting 18th in the standings but only adrift of safety due to their inferior goal difference.

With the battle against the drop intensifying, Fraser’s contract situation appears to have gone slightly under the radar and he is set to become a free agent in the summer if the Cherries don’t offer him an extension.

Latest reports are suggesting Arsenal, Spurs and Everton, who are all challenging for a top-four finish this season, are ready to make a move if the Aberdeen-born star becomes a free agent.

With this in mind, which of these three interested clubs would Fraser be best suited for? Or should he accept a Bournemouth extension if an offer is put on the table?

The Gunners have always been graced with technically gifted individuals and, with Mikel Arteta at the helm, he is likely to be delving into the market for a player that fits this mould.

Question marks remain over Fraser’s ability to produce the goods on a regular basis, something that has been made apparent this term, and it is unclear whether Arsenal would be a good fit for him.

Looking at Arteta’s squad, it is in defence and the heart of midfield that need strengthening the most, meaning a move for a forward-thinking player in Fraser may not be a priority.

Carlo Ancelotti has already had a huge impact at Everton during his short spell in charge, with Dominic Calvert-Lewin finding the goal trail while Mason Holgate’s performances have earned him a new long-term contract.

Both players are in line to be called up to England’s senior squad for the friendlies later this month and the duo have benefited massively working under the  former Chelsea and Napoli chief.

With that in mind, Fraser could be a good addition for the Toffees, who are expected to have a summer clear out, and working witj Ancelotti could get him back to the kind of form witnessed during the 2018/19 campaign.

Having sold Christian Eriksen in January and seen both Harry Kane and Son Heung-Min pick up injuries, it is clear to see Spurs could do with some reinforcements in the attacking department.

It is unclear how much money Jose Mourinho will have to spend and with that in mind, snapping up Fraser on a free transfer will be good business and this is a transfer that may happen.

One thing the Scot has is great pace, an element that benefits any team, although he probably wouldn’t be a regular starter at Tottenham and may have to settle for being a squad player.

If Arsenal, Everton and Spurs are in the hunt for Fraser, it will be difficult for the Cherries to persuade the winger to stay, especially if they end up getting relegated to the Championship.

Although it will be frustrating to lose the Scottish flyer on a free, maybe it is time Eddie Howe looks to revamp his squad, which is lacking in certain departments, and move on from some of his trusted players he has had over the years.