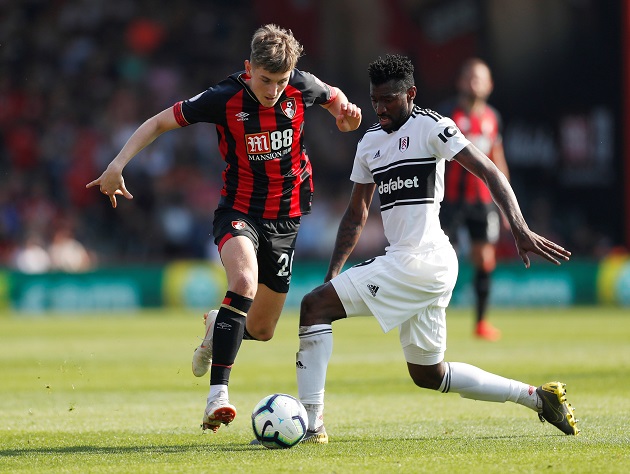 Bournemouth midfielder David Brooks could have returned to action this weekend but for the coronavirus, according to club captain Simon Francis.

The Wales international joined Bournemouth in the summer of 2018 from Sheffield United and was a star performer for the club last season.

Having only played 37 senior games for the Blades prior to his arrival on the south coast, Brook displayed plenty of natural ability and talent.

He bagged seven goals in 30 Premier League games and cemented his place further in the Wales squad.

Brooks was expected to kick on this season, but an ankle injury sustained in pre-season has ruined his 2019-20 campaign.

During a match away at Brentford, he fell awkwardly on his ankle and has had two operations since to try and correct the problem.

It means he hasn’t kicked a ball this campaign as his side lie 18th in the Premier League table, level on points with 17th-placed Watford but with a slightly worse goal difference.

Bournemouth were scheduled to play Wolves on Saturday but all Premier League football has been suspended until at least April 30th due to the coronavirus outbreak.

Captain Francis sympathises with his 22-year-old team-mate and says the extended break will set his recovery back due to the inability to train and play games.

“Brooksy was training with the first team and while the Crystal Palace game would have come too early, he would have likely been involved against Wolves,” the defender said.

“Then the worry is that this break could hinder his progress because the longer without a match and the ability to train together, the more all of our levels of fitness will be impacted.”

However, Brooks’ international prospects do look much better now that Euro 2020 has been pushed back one year.

UEFA made the decision to delay the quadrennial tournament by 12 months in order to allow all the major European leagues to finish, giving Brooks more time to get back into Ryan Giggs’ thinking.