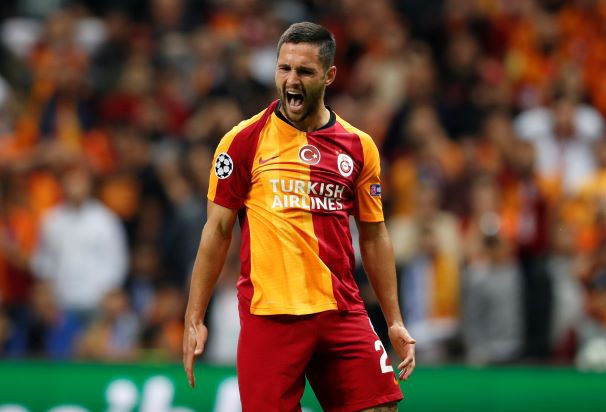 Brighton striker Florin Andone has revealed he wants to stay with Galatasaray, where he is on a season-long loan, as he targets a February return from injury.

Andone is currently out of action after suffering a bad knee injury playing for Galatasaray during their Turkish Super Lig match away to Gaziantep on November 9.

The first diagnosis for the striker was of ‘a partial lesion of the medial collateral ligament of the right knee’ and he was ruled out until 2020 by medics from the Istanbul club.

Brighton appear happy to let him recover from the injury, which did not require an operation, in Turkey or at home.

Andone has been seen attending Galatasaray games during his absence and there is a wide-held belief in the Turkish media that he would like to secure a permanent move to the club.

Speaking in September, the 26-year-old told Spanish newspaper AS that it was a misunderstanding, adding: “I started to doubt myself, my abilities and if I really had a level [to succeed] in the Premier League.

“There were many disappointments. It’s not that I don’t want to go back, I respect Brighton, they signed me six years and they’re concerned about me. I just want to feel like a footballer. It all starts by recovering my best form and being happy.”

However, he has now confirmed his intention to extend his stay in Turkey beyond the current campaign after responding to fans’ questions on social media.

“Do you want to stay in Galatasaray?”, he was asked, and “Yes” was his reply to the question.

Andone, who also admits he misses La Coruna, where he had a successful spell with Deportivo before joining Brighton, revealed he is on course to be back in action in February.