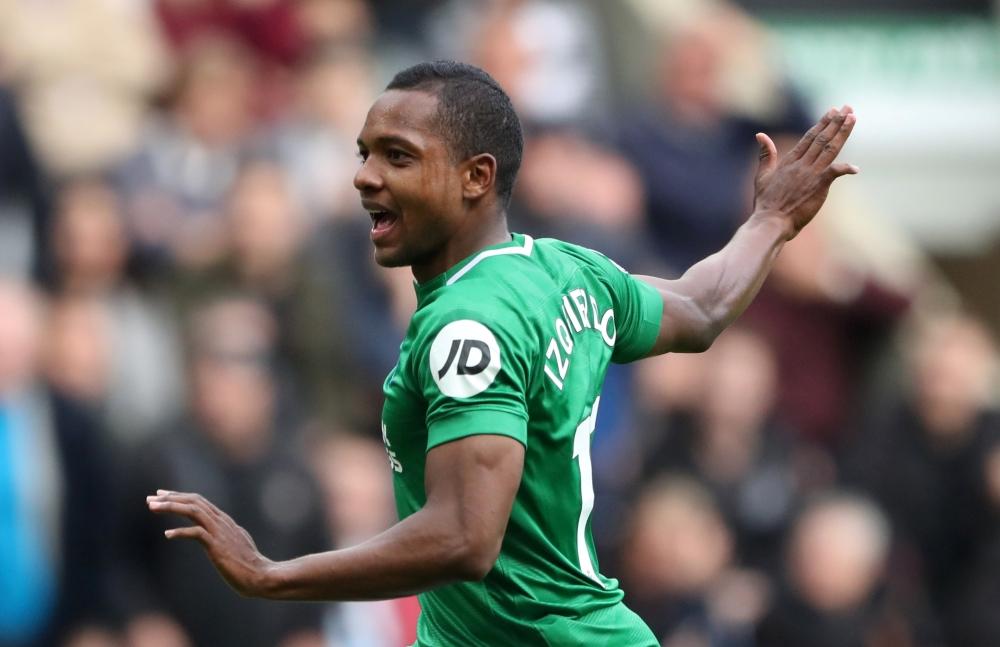 Brighton boss Graham Potter has refused to put a timeframe on Jose Izquierdo's return from injury after his agent suggested he will be back playing soon.

Izquierdo has yet to feature for the Seagulls this season due to a long-standing knee injury and is currently continuing his rehabilitation in his native Colombia.

The 27-year-old, who joined Brighton from Club Brugge following their promotion to the Premier League in 2017, has been a firm fans’ favourite throughout his time at the Amex and his representative, Norman Capuozzo, believes his client will be back playing again early in the new year.

Capuozzo told Gol Caracol TV: “It’s good to give Jose a lot of support and that is what we are doing.

“He is in a recovery phase. We hope he can return to competition in January or February. The expectation is that he will now start to make significant improvement.”

However, Potter is less optimistic regarding the Colombia international’s return to action and does not want to reveal a comeback date.

“With the nature of his injury, I would not want to speculate on a timeframe, so there is nothing more to report on that,” Potter told reporters.

Izquierdo has scored five goals in 47 league appearances during his time with Brighton, with his last outing for the club coming in the 1-1 draw with Newcastle back in April.

However, Potter has delivered a more positive injury update on one of Brighton’s other stricken stars, Aaron Connolly.

The teenager was forced to sit out last weekend’s 2-2 home draw with Wolves due to a dead leg.

Potter will give him as long as possible to prove his fitness ahead of Monday night’s trip to rivals Crystal Palace.

💬 "Crystal Palace are well-organised, Roy Hodgson is an experienced coach who talks a lot of sense.

"They have a good points tally and a good clarity of what they're trying to do."#BHAFC 🔵⚪️ pic.twitter.com/DsjilGXMIp