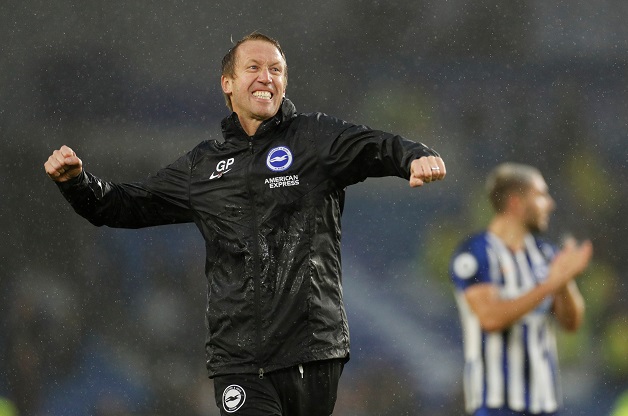 Potter only joined the south-coast club in the summer, but he has taken no time to adjust to life in the Premier League.

The Seagulls board sacked Chris Hughton in May after fans voiced their disappointment at his style of play. If the first few months are anything to go by, then Potter’s approach is more attractive on the eye, but the former Swansea coach is still worried by his team’s results.

In recent weeks, Brighton have managed to spread the goals across the squad, with defenders and midfielders taking the pressure off Aaron Connolly, Neal Maupay and Glenn Murray.

START YOUR 2020 RIGHT BY WATCHING THIS GOAL pic.twitter.com/nCzorTO7Ef

While Brighton have proved they can be dangerous all around the park, they have still only scored 25 goals in 21 matches. With the January transfer window open, Potter will be eager to fine-tune his squad as he tries to secure a top-10 finish this season.

“I think you are in trouble if you just rely on one person or two people and then that dries up.

“We try but Neal as well, in his first season, is adapting to the Premier League and has done well. Aaron started off amazing and probably wants to score more. We just have to keep working with the guys.”