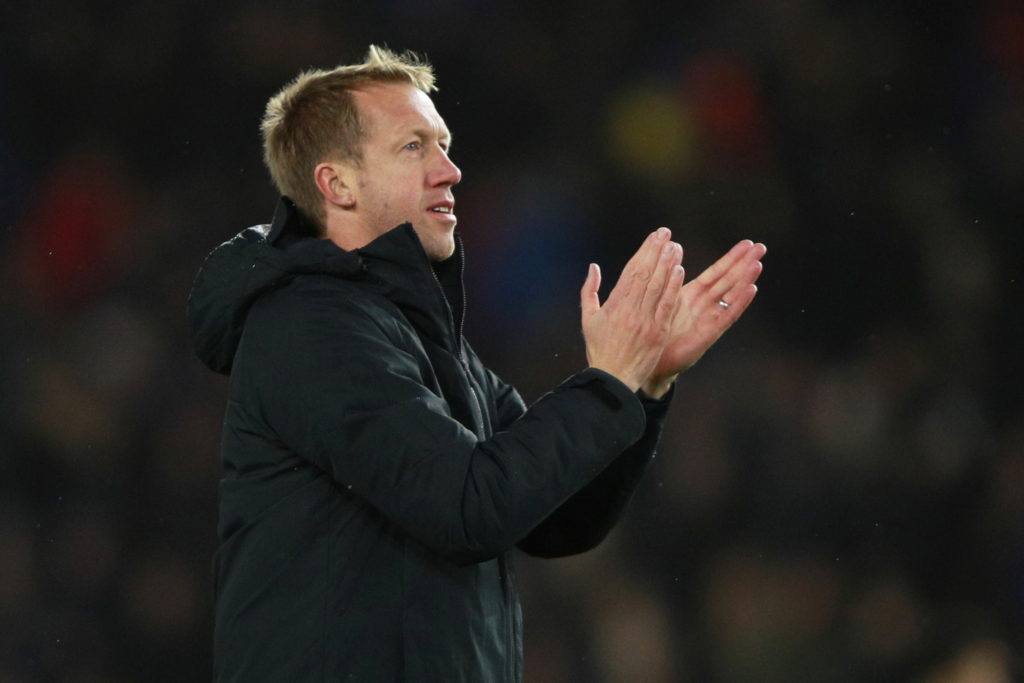 Brighton boss Graham Potter says one defensive slip cost his side a crucial three points against Aston Villa on Saturday.

With Villa sat in the bottom three and the Seagulls just above it, it was always going to be a huge ‘six-pointer’ – but it ended up with honours even.

Leandro Trossard’s first-half opener looked to have given Brighton the points but Jack Grealish struck 15 minutes from time to earn Dean Smith’s men a share of the spoils.

Potter was far from happy with the way the equaliser was conceded though. Brighton’s backline left Grealish with acres of room to control a cross from substitute Douglas Luiz and hammer home a soaring drive past keeper Mathew Ryan.

Villa goalkeeper Pepe Reina pulled off a superb late save to deny Seagulls striker Neal Maupay an acrobatic winner, but it was the manner of the equaliser that frustrated Potter.

It was a big chance to put distance between themselves and the drop zone and they failed to take it.

“I thought we played really well first half. Second half, they responded, which you expect in a game like this with the importance of it,” said Potter. “Some players you can get away with it (being out of position), but not with Grealish. It’s a great strike, a half-volley almost.

“We’ll dust ourselves down and take the point we’ve got.”

Meanwhile, tempers boiled over at the end of a competitive south-coast contest when Frenchman Maupay had to be separated from former Brentford team-mate Ezri Konsa.

Like Smith, Potter played down the scuffle involving Maupay and Konsa, with both managers believing it was just a case of ‘handbags’ as emotions boiled over.

“It’s just an indication of the intensity of the game. It was a hard-fought Premier League game, both teams want to win,” Potter said. “We know (Neal) is that kind of personality and it’s about how he controls it but that’s what makes him who he is.”