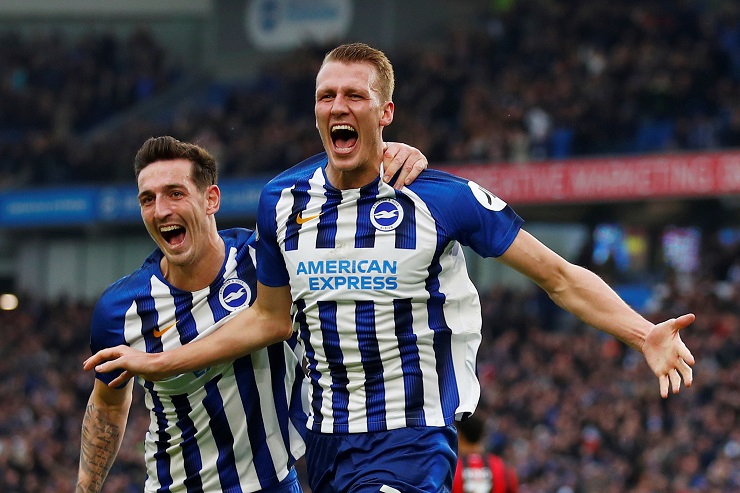 Graham Potter says Dan Burn has worked extremely hard this season and fully deserves his new contract with Brighton until the summer of 2023.

Defender Burn, who started his senior career at Darlington back in 2009, arrived at the AMEX Stadium from Wigan Athletic in August 2018 before being loaned straight back to The Latics until January 2019.

The 27-year-old made three FA Cup appearances for the Seagulls in the second half of the season but had to wait until the opening game of the 2019/20 campaign to make his Premier League debut in the 3-0 victory against Watford at Vicarage Road.

Burn has gone from strength-to-strength this season, featuring in a further 20 top-flight matches, with the only thing stopping his progress being a broken collarbone suffered against Chelsea on New Year’s Day.

Despite being on the sidelines, Potter has seen enough from the centre-back to offer him fresh terms until the summer of 2023, a fine reward for a brilliant campaign to date.

Speaking about Burns’ new deal, Potter told the club’s official website: “This new contract is a reward for Dan’s consistent and impressive performances so far this season. He became a key part of the team before his injury setback at the start of the calendar year, and we’re looking forward to being able to welcome him back into the squad as soon as possible.”

Burns is expected to make his comeback in March and Brighton will be looking forward to his return as they have struggled without him at the back.

Since the Blyth-born stopper picked up that injury against the Blues, the Seagulls have failed to win any of their subsequent three games.

Potter’s men return to Premier League on Tuesday when they make the trip to the Vitality Stadium to take on a Bournemouth side sitting 19th in the table. The Cherries have lost their last four league games and manager Eddie Howe is under severe pressure to keep his job.