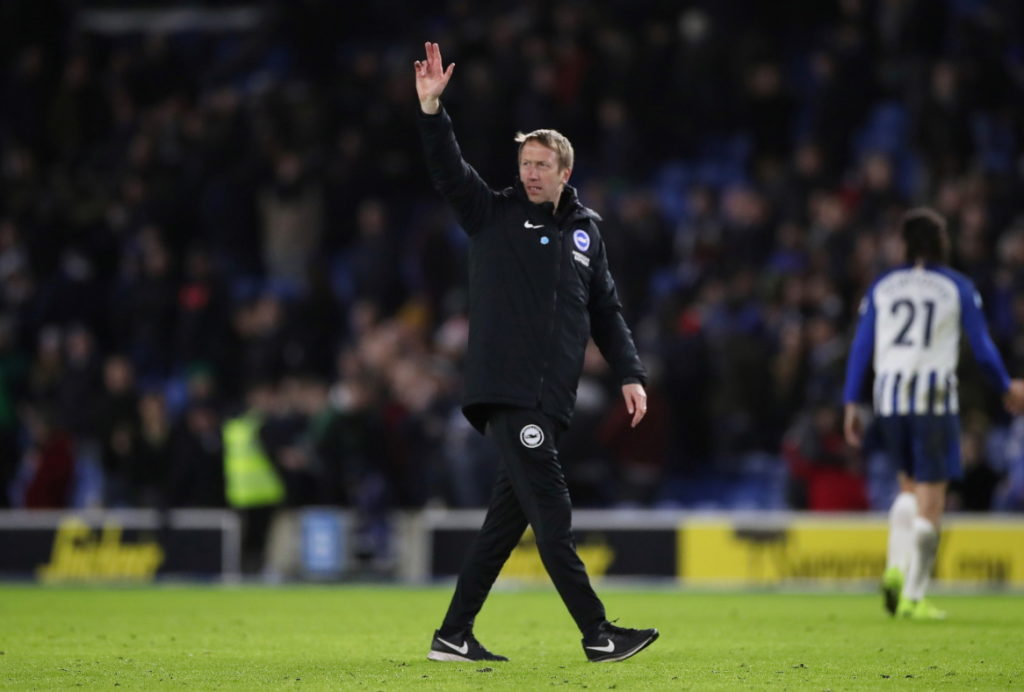 Brighton manager Graham Potter hailed his side's character after a late own goal by Watford's Adrian Mariappa ensured the points were shared.

Abdoulaye Doucoure, who scored an own goal when the sides met on the opening day of the season, capitalised on a loose ball before driving the ball expertly past Mathew Ryan.

Just as the Hornets looked to be heading for a crucial victory, an Alireza Jahanbakhsh cross was turned into the roof of his own net by Mariappa to level the tie at 1-1 with just over 10 minutes remaining.

It could turn out to be a crucial point as the Seagulls look stay in the Premier League and Potter was quick to salute his side’s ability to dig in after going a goal down.

Potter admitted after the game that two points from the last two matches is not the return they were looking for, but he is still delighted with the way his side responded to going a goal down and the way they stuck in there until the end.

He added: “When you go behind in the scoreline you’ve got to find the answers, you’ve got to take the challenge. In the end I think we deserved the goal and whilst we’re disappointed with one point, we take it and we move forward.”

It capped another fine fightback by the Seagulls, following on from the 3-3 draw with West Ham United last week when they were 3-1 down with 15 minutes to go, and shows the character in the side.

Brighton now have their winter break and do not return to action until January 22 when they have a very difficult trip to Sheffield United.

They now sit three points clear of the relegation zone, but the teams below them do have a game in hand so there is still plenty of work to be done in order to beat the drop.