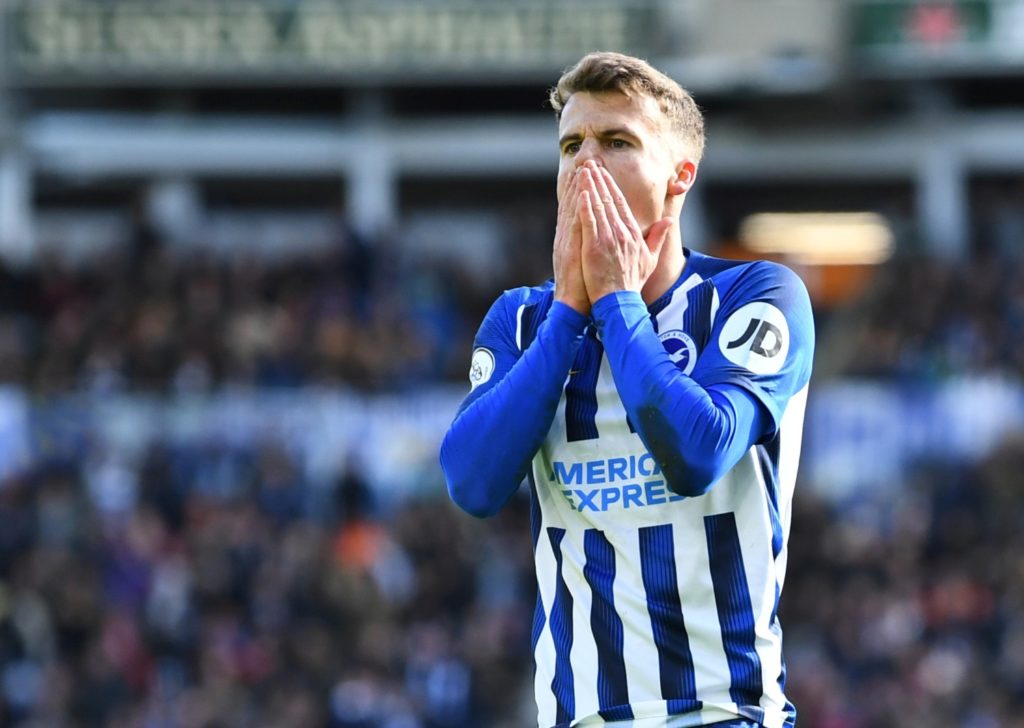 Winger Solly March admitted his frustration at missing a great chance to put Brighton ahead as they lost 1-0 to rivals Crystal Palace on Saturday.

The M23 derby is one of the first fixtures that Seagulls fans look for when the schedule is published but they lost out on bragging rights as Jordan Ayew bagged the only goal of the game on 70 minutes to give the Eagles all three points.

The loss means Graham Potter’s side sit just thee places and one point above the dreaded drop zone and face a relegation battle between now and May 17.

However, it could have been very different had the hosts taken their chances at the Amex Stadium, with Brighton managing just eight efforts on target from 23 shots.

March contributed six of those shots but could not find the back of the net despite a gilt-edged opportunity in the first half.

The 25-year-old shot into the side netting after a superb cross from Leandro Trossard with the outside of his boot, and he confessed that it should have been buried.

“I need to take that one and we ha a few others as well,” he said. “It came a bit off the heel I think, but had I been a bit more composed I would have hit the back of the net.”

With a number of tough fixtures on the horizon, the clash at home to Roy Hodgson’s side was deemed almost a ‘must-win’ encounter prior to kick-off but Albion fluffed their lines and have now taken just five points from eight games since the turn of the years, with no victories.

Up next is a trip to Molineux to face high-flying Wolves on March 7 and March feels they just “need a bit of luck and a bit of composure” in front of goal to turn draws into wins.