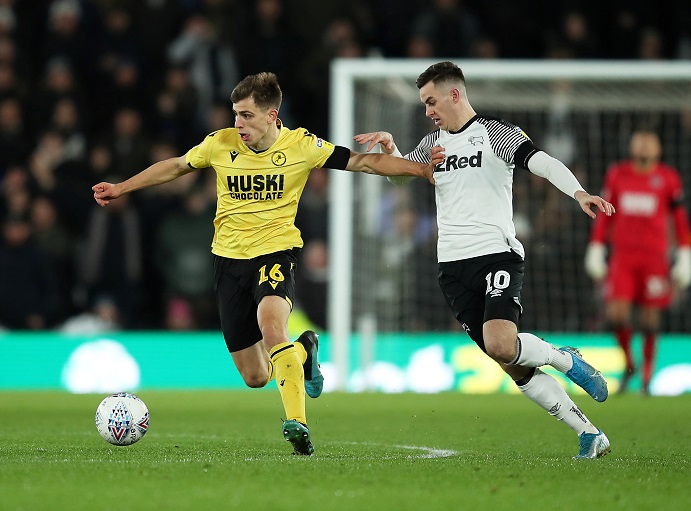 Jayson Molumby has signed a new three-and-a-half year contract at Brighton and Hove Albion, extending his stay until June 2023.

The Republic of Ireland Under-21 captain has penned the new deal after impressing while out on loan this season.

In July, he joined Championship side Millwall and has been a big part of the Lions’ side, playing 32 times across all competitions this term.

The midfielder has yet to score for the London club but has clearly done enough to warrant a new contract extension with the Seagulls.

Molumby made his Brighton debut in August 2017, featuring in an EFL Cup tie against Barnet before going on to make one further appearance that season.

He is tipped to become a big part of Brighton’s future and will hope his parent club survive in the Premier League this season.

Graham Potter has already turned to youth this season, with Ireland team-mate Aaron Connolly and Colombian Steven Alzate among those playing first-team football.

Club technical director Dan Ashworth says he has been impressed with the 20-year-old’s application while out on loan and feels he fully deserves his new contract.

“We have watched him regularly this season and I know how pleased everyone at Millwall has been with his performances and his attitude,” he said. “The new contract is a reward for his professionalism and hard work and I’m sure he will be looking to make a big impact when he comes back to the club.”

Molumby initially joined Brighton from Railway Athletic in his homeland in 2016 and has seen his stock rise ever since.

He has skippered the Ireland Under-21 side since March 2019 and is a trusted ally of boss Stephen Kenny.

Known as a tough-tackling player in the middle of the park, Molumby has acquired seven bookings while at Millwall this season.

He and the Lions are next in action on Friday when they travel to the City Ground to take on Sabri Lamouchi’s Nottingham Forest, aiming to boost their fading play-off ambitions.

Brighton play on Saturday as they travel to Wolves aiming to arrest an alarming dip in form which has seen them fail to win since December 28.