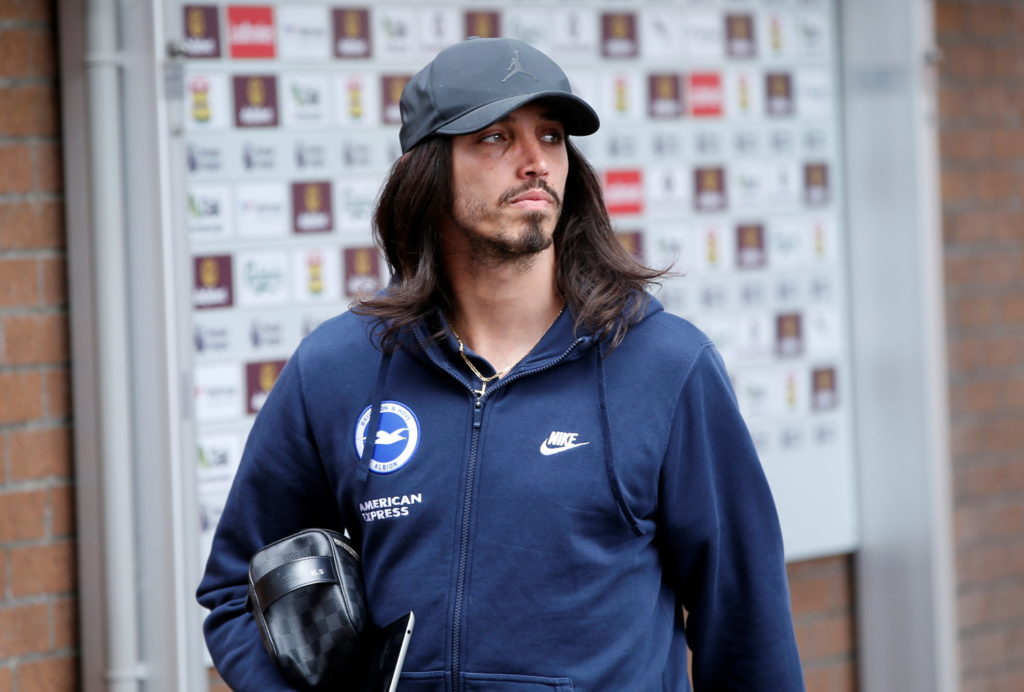 Brighton and Hove Albion star Ezequiel Schelotto admits he does not know if he will remain at the club beyond the end of the season.

The 30-year-old defender has had a mixed time since joining the Seagulls from Sporting in 2017, making 23 appearances in his first season but struggling for game time since.

A lack of opportunities last season – the Argentine didn’t appear once in the first half of the campaign – saw him move out on loan in January of 2019 and join Chievo in Italy.

He returned to the south coast last summer but his fortunes have not changed dramatically with Graham Potter at the helm and he has featured on just eight occasions this campaign, four of them coming as starts.

His present deal runs until the summer and he has yet to decide what his next step will be, although he has not ruled out staying at Brighton if they were to offer him a new contract as his young family are settled in the area.

He said: “I still don’t know if I will renew the contract, it is still early, in three months I will be free if Brighton won’t offer me an extension.

“I am relaxed, not nervous, as long as I wear this shirt, I will give everything.

“I have a family they are fine here, then in life you never know. I am fortunate to have a wife who has always accompanied me, as well as my parents before.”

Given his lack of gamtime, it would seem unlikely that Brighton will offer him a new deal as things stand, although a lot could depend on where the club finds themselves at the end of the season, if and when it comes to a conclusion.

If they win their battle against the drop then a new deal might be forthcoming but if they don’t then there are likely to be a lot of personnel changes.