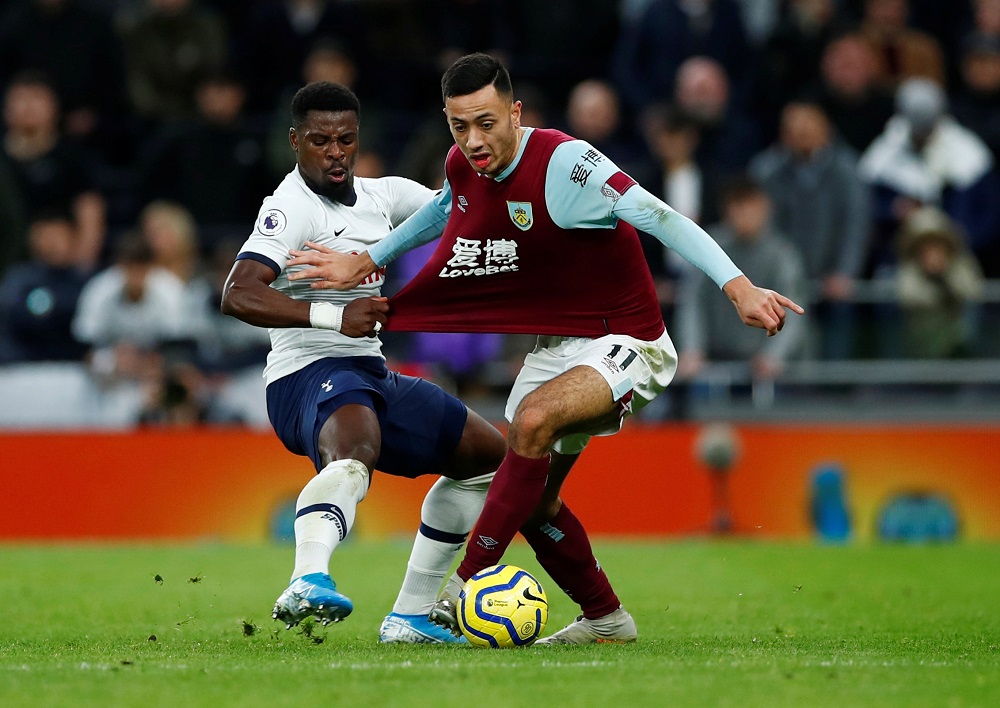 Burnley boss Sean Dyche says other players could do worse than follow the example set by Dwight McNeil amid renewed speculation over the winger's future.

The 20-year-old has been one of the Clarets’ most consistent performers this season, featuring in all 16 Premier League games so far.

Having only established himself in the senior Burnley side last December, McNeil has enjoyed a rapid rise to prominence over the last 12 months.

He made his debut for the England Under-21 side in October and Dyche believes it won’t be long until Three Lions boss Gareth Southgate calls him up to the senior squad.

Should Dwight McNeil be on Gareth Southgate’s radar?

“When I see some of the other young players who are getting called up and are in and around the squad then he can’t be far away.”

However, McNeil’s growing reputation is not all good news for Burnley, with the wideman having been linked with a move away from Turf Moor in the upcoming January transfer window.

Manchester United have previously been mentioned in connection with the winger, only for Burnley chairman Mike Garlick to quickly shoot down the possibility of him leaving in the new year.

Reports in Italy have previously suggested reigning Serie A champions Juventus are also keeping a close eye on McNeil’s development, so Burnley could be hard pressed to hang on to the midfielder long term.

With the Clarets having signed McNeil to a new contract in January that runs until the summer of 2023, it would seem highly unlikely the club would entertain an offer of £20m for one of their rising stars.

Dyche will be desperate not to lose McNeil any time soon, particularly mid-season, with the Burnley boss reserving special praise for him after Saturday’s 5-0 thrashing at Tottenham.

The Lancashire outfit are currently on a three-match losing run but McNeil’s performances have at least offered his manager a crumb of comfort.

“He’s a shining light lately and I said to some of the older boys that someone like that can invigorate you,” Dyche told the club’s official website.