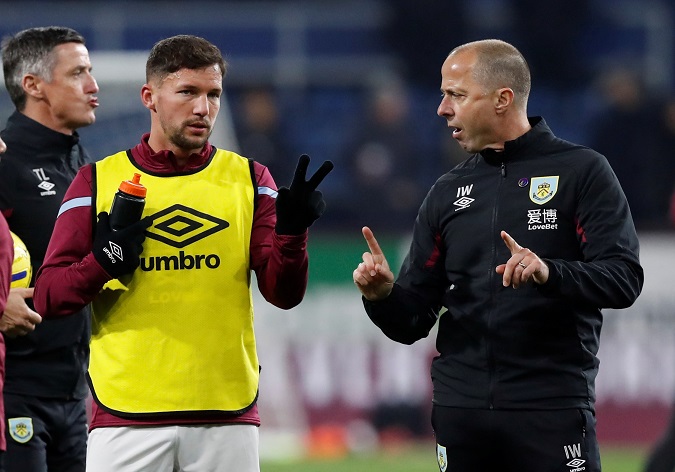 Danny Drinkwater’s loan spell at Burnley from Chelsea will not be extended beyond January, boss Sean Dyche has confirmed.

Drinkwater joined the Clarets on a six-month loan on the summer transfer window deadline day, with the view of extending it further if he impressed.

However, it has been a disastrous period for the 29-year-old former Premier League title winner.

The England midfielder has only made two appearances for the club, with his only Premier League game coming in the 4-1 loss at home to Manchester City early last month.

Drinkwater’s stint at Turf Moor got off to a bad start in September after he suffered an ankle injury during an altercation outside a Manchester nightclub.

Since then, the form of Jack Cork and Ashley Westwood in midfield has led to him not breaking into the team.

Drinkwater will now return to Chelsea after this weekend’s round of FA Cup fixtures, where he is unlikely to figure in case of picking up an injury.

Dyche admits he is disappointed the move didn’t work out but says it is for the best that he seeks pastures new.

“He will go back, just for football reasons. I have big respect for him and I like him as a player. He just hasn’t had the pitch time,” he said.

“He has been a credit to himself with his professionalism, apart from the incident. He has looked after himself and tried to be part of the group. He has just not had the game time that he needs.”

Drinkwater has endured an awful spell since leaving Leicester for Chelsea on deadline day in 2017.

He managed just 12 appearances for Chelsea in his debut season, scoring once, as he failed to rekindle his partnership with N’Golo Kante which spearheaded Leicester’s title win in 2016.

Then, last season under Maurizio Sarri, Drinkwater was marginalised even further, playing his only minutes of the season in the Community Shield.

Aston Villa have been linked with a move for the three-cap England man when he returns to Stamford Bridge.