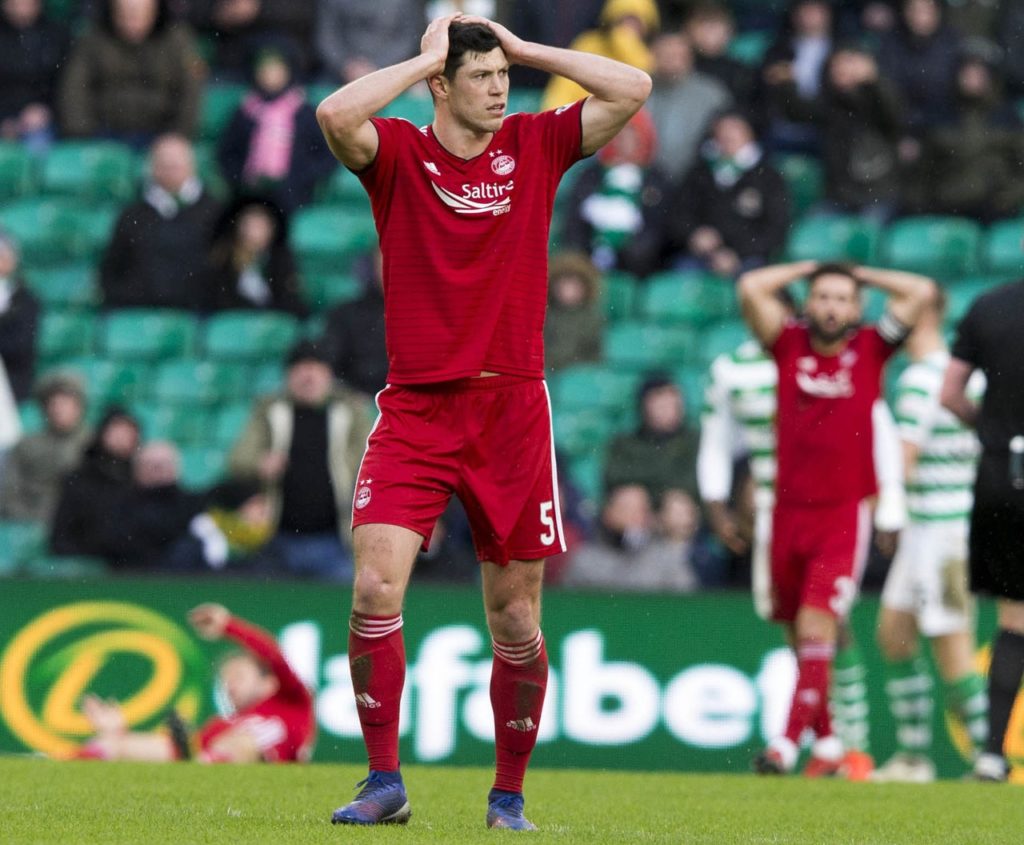 Burnley have been linked with a raid on Aberdeen for wantaway defender Scott McKenna.

McKenna handed in a transfer request at Pittodrie over the summer but was unable to engineer a move.

The 23-year-old centre-half, who has been capped 13 times by Scotland, has managed 24 appearances across all competitions for the Dons this season but is widely expected to depart in the January transfer market.

The Championship had looked to be McKenna’s most likely destination as the likes of QPR, Blackburn Rovers, Bristol City and Huddersfield Town have all been linked – but Aberdeen’s reported £6million asking price is considered a stumbling block.

Burnley would have no issues matching that valuation and would jump to the front of the queue if they do decide to firm up their interest with a concrete bid, with McKenna likely to jump at the chance to play Premier League football for the second half of the campaign.

The Turf Moor club have been linked with a few midfielders in the build-up to the January transfer window and Crystal Palace’s James McCarthy has been mentioned as one possible target, but it appears as if Dyche is keen to strengthen in other areas as well and could make a move for McKenna in the January window.

Burnley sit in 14th place in the Premier League table with 24 points, four clear of the drop zone, ahead of Saturday’s trip to Chelsea.

Meanwhile, the Clarets have allowed 20-year-old defender Anthony Glennon to join League Two club Grimsby Town on loan until the end of the season.