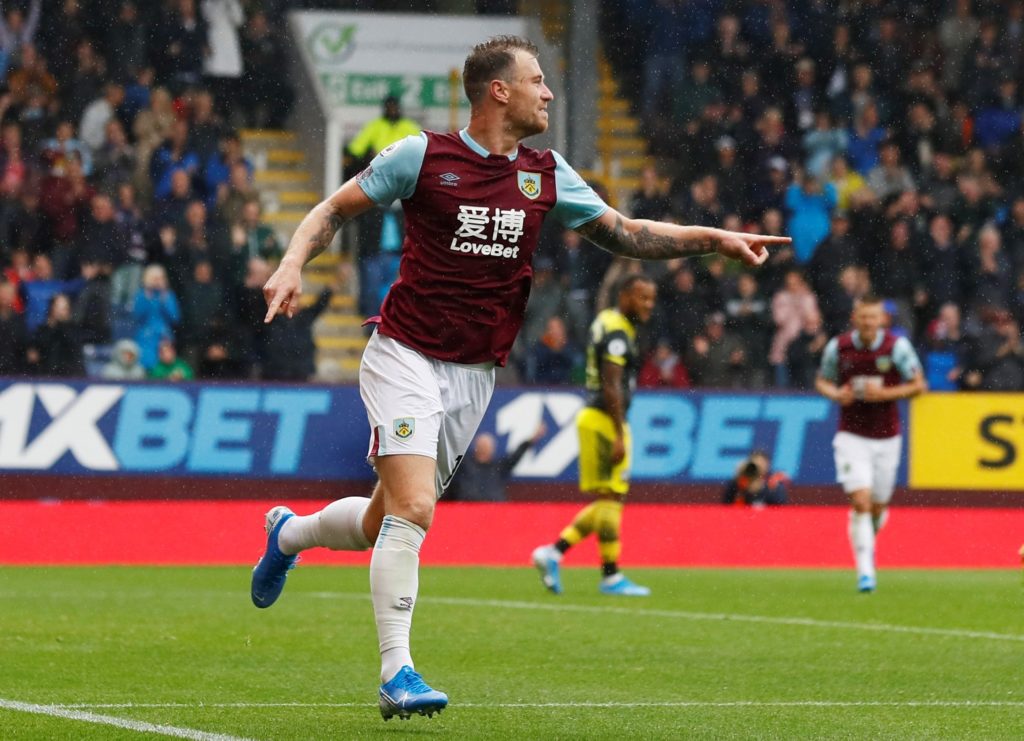 Burnley boss Sean Dyche has confirmed that forward Ashley Barnes needs to see a specialist regarding an ongoing groin injury.

Barnes has been one of the star performers for Burnley this season, netting six times in 19 Premier League appearances to date, although the goals have dried up of late and his last strike came in the 3-0 victory at Watford back in November.

However, Dyche has now revealed the 30-year-old has been playing through the pain barrier over recent weeks due to a groin problem, which may explain his recent lack of goals.

The former Brighton star sat out last weekend’s FA Cup victory over Peterborough because of the problem and he will now also miss Saturday’s league clash with Chelsea at Stamford Bridge, with Dyche hoping that a short period of rest will allow the injury to heal of its own accord.

“We’ll almost definitely be missing Barnesy,” Dyche told reporters at his pre-match press conference on Thursday. “He’s been going on with things and trying to get through a period with an overuse injury.

“I had a chat with him and said he’s put his lot in for us and tried to carry on, but we have to get to the bottom of it.”

The Clarets, who have only registered three shots on target from their last four Premier League games, also have fitness concerns over striker Jay Rodriguez, who is struggling with illness, although top scorer Chris Wood has seemingly recovered from a hamstring issue and should feature this weekend.

PREVIEW | The Gaffer backs the squad's competitiveness following a handful of injury updates.

Despite their lack of goals, Dyche is not expecting any big moves during this month’s transfer window, admitting he is not even sure what funds are available for new players.

“It doesn’t change much really,” Dyce responded when asked if the fitness concerns surrounding his forwards will affect his dealings in the transfer market.

“You’ve got to have the money, that’s the starting point – I’m still not clear on what’s available and what will be available.”

Burnley will head into the weekend having lost six of their last eight league games, a run that has seen them slip to within four points of the relegation zone.