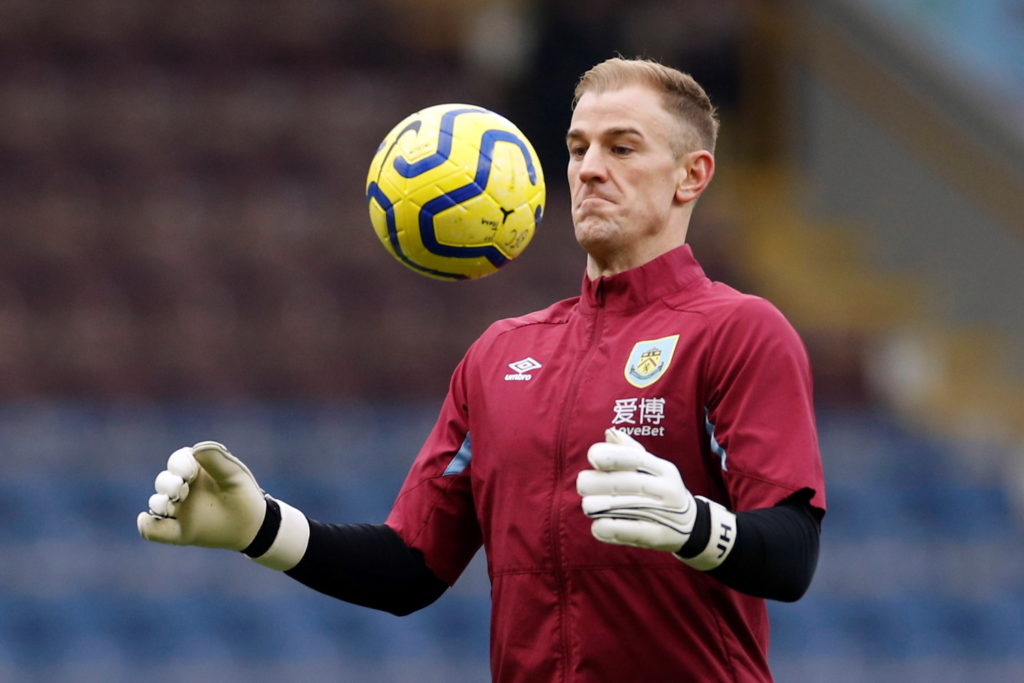 Reports claim Burnley have offered AC Milan the opportunity to sign Joe Hart on loan for the remainder of the campaign.

Hart’s career has taken a nosedive since he was ushered out of the door at Manchester City following Pep Guardiola’s arrival.

The 32-year-old was initially loaned to Torino in the summer of 2016, spending a season in Italy, before linking up with West Ham for 2017-18.

His time at the Etihad Stadium officially came to an end after a 12-year association in the summer of 2018 when Burnley handed over a reported £2.5million.

He made a positive start to life a Turf Moor but lost his place in the first team to Tom Heaton after making 19 league appearances.

Heaton’s departure to Aston Villa in the summer of 2019 offered Hart hope of reclaiming the number one jersey although Sean Dyche instead decided to turn to Nick Pope.

Pope has started all 21 of their league encounters this season, forcing his way into the England set-up, with Hart restricted to just two appearances in the League Cup and FA Cup.

Hart, who has also been linked with Aston Villa following Heaton’s recent injury, is unlikely to get a huge amount of football in the second half of 2019-20 and it’s understood he is looking to secure a move elsewhere.

Burnley are open to the idea, with Bailey Peacock-Farrell and Adam Legzdins capable of providing cover.

The latest reports coming out of Italy suggest a return to Serie A could be on the cards as Milan look set to lose Pepe Reina to Aston Villa.

Gianluigi Donnarumma is the current number one at the San Siro and Hart would have to settle for understudy duties, but a change of scenery may be tempting.

His contract with Burnley is set to expire this summer and a temporary move away from Lancashire suggests an extension isn’t going to be on the table.