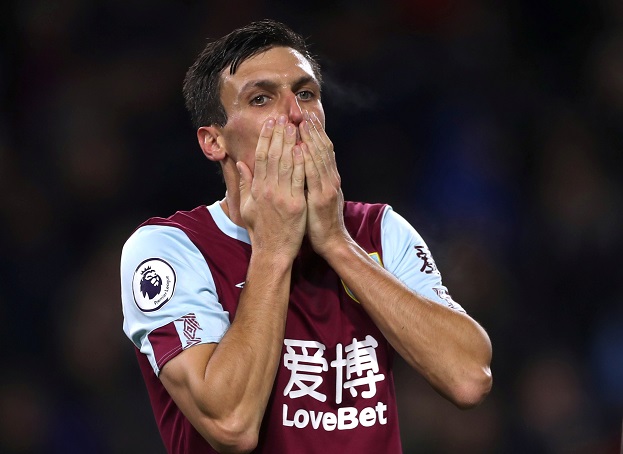 Burnley midfielder Jack Cork is hoping that lightening strikes twice in the Premier League and they can finally beat Arsenal this weekend.

The Clarets have taken points off all the so called top six sides in the Premier league under boss Sean Dyche, except the Gunners, and Cork is aiming to change that this weekend.

Burnley’s win at Old Trafford last time out in the Premier League also ended a long hoodoo when they came away from Old Trafford with all three points for the first time in over half a century.

The one-cap England international is hoping that is an omen and they will be able to finally get some points against the Gunners.

Under Dyche, Burnley have come close on a number of occasions and have been the victims of late Arsenal winners along with some controversial Gunners penalties. All that has combined to a run of ten straight defeats to Arsenal under Dyche.

The Clarets are not out of the woods yet when it comes to the relegation battle and the midfielder says a win against Arsenal would be a great way to set the team up for the remainder of the season.

“Getting a point off Arsenal would be a great way to set up the end of the season for us,” he told the Burnley Express.

“There’s been a lot of last minute goals and it would be nice to get one against them.

“It’s one that we’re going to have to make sure we’re right up for.We’ll go into that game thinking we can get a result against them because we did it against Leicester and Man United.”

Arsenal are undergoing a transformation after Mikel Arteta’s recent appointment and they go into the game on the back of three straight draws.