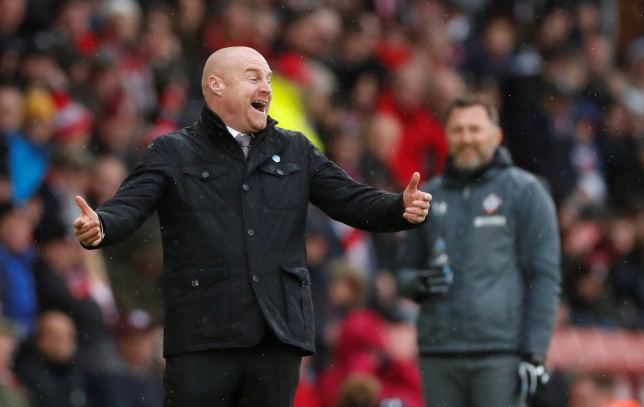 The 2-1 victory over Southampton at St Mary’s gives Dyche’s men plenty of breathing space between themselves and the bottom three and the Clarets boss was delighted with the performances, especially considering the conditions on the south coast.

With strong winds and heavy rain present throughout due to Storm Dennis, Burnley managed to grind out the win and jump to 10th place in the Premier League.

“All wins are big wins in the Premier League, but we are on a good run,” he said. “It is a tough place to come, especially with their form lately and the weather. It probably won’t look it on the TV when it is shown later, but it was horrendous and for both teams I thought it was very difficult.”

Vydra, who was the subject of interest from a host of clubs including Rangers, in January, turned out to be the hero with the winning goal.

The 27-year-old was introduced with 22 minutes played at St Mary’s after Chris Wood pulled up with a hamstring injury.

Burnley complete the league double against Southampton for the first time in #PL history#SOUBUR pic.twitter.com/o2k8bhs6Hn

Vydra, who had not scored for the Clarets since September 2018, looked sharp and showed great composure on the hour mark to control Jeff Hendrick’s ball on his chest, spin away from Kyle Walker-Peters and rifle into the top corner.

It earned Burnley all three points after Ashley Westwood’s second-minute opener, directly from a corner, had been cancelled out by ex-Clarets forward Danny Ings.

“The players here know and respect the people who are not playing because they know when they come in, they have got to be ready and they are,” Dyche added.

“He showed signs of that and not just the finish, but the work ethic to work for the side and obviously the finish is the icing on the cake. It was a brilliant goal.”