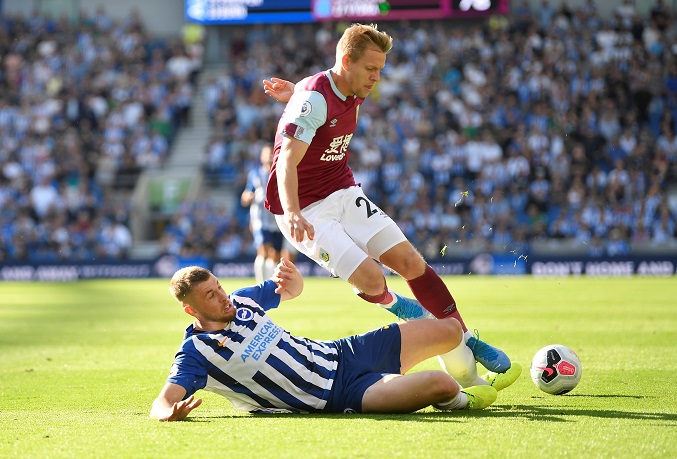 Burnley manager Sean Dyche insists he will not be taking the opposition lightly when Bournemouth visit Turf Moor at the weekend.

The Clarets, while not yet safe from relegation, have pushed themselves up to 11th in the Premier League table thanks to a run of 10 points from their past four matches.

They were down in 15th after losing 3-0 to Chelsea on January 11 but wins against Leicester City, Manchester United and Southampton plus a goalless draw at home to Arsenal mean that the fans can breathe a little easier.

There has been talk of pushing for a Europa League place over the remaining 12 games although the phlegmatic boss made it clear that “nobody is getting carried away” when speaking to reporters on Thursday.

Bournemouth’s season has not gone as planned after a solid start and Eddie Howe finds his side right in the middle of the survival scrap.

The Cherries are just two places and two points above the drop zone but Dyche is not being fooled by their lowly position.

“I have a lot of respect for Eddie and his team and what they look to achieve season on season,” he said. “On any given day anyone in the Premier League, if they play well then they get what they want. We will be ready.”

Back-to-back wins over Brighton and Aston Villa hauled the south-coast outfit out of the bottom three but a 2-1 loss to Sheffield United last time out was a blow.

Burnley are favourites to take all three points but Dyche knows there are players in the visitors’ ranks who can hurt his team.

“They are not a bad side and have some good players individually,” he added.

Dyche will make a late call on whether strike duo Chris Wood and Ashley Barnes can play any part, with Matej Vydra waiting in the wings.