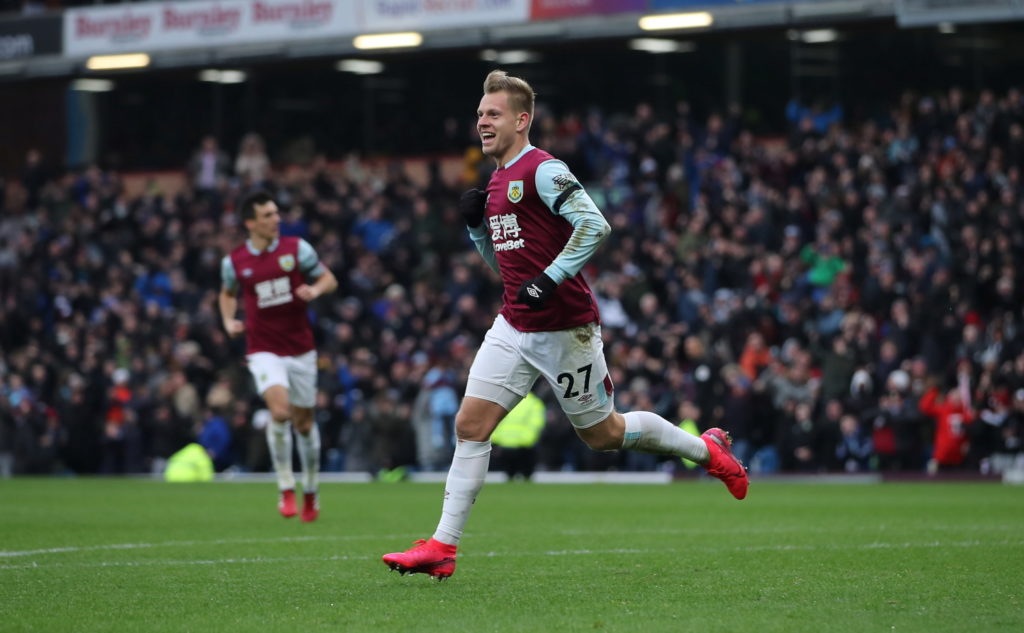 Burnley boss Sean Dyche has praised Matej Vydra for the way the striker handled being replaced in the starting XI when top goalscorer Chris Wood was fit.

Wood and Ashley Barnes were Dyche’s favoured strike pairing at the start of the Premier League season in a 4-4-2 formation.

However, the 48-year-old’s plans were thrown into turmoil when Barnes was ruled out from New Year’s Day because of a hernia problem which required surgery, while Wood joined him on the sidelines last month.

It paved the way for Jay Rodriguez and Vydra to come into the team and try to stake their claim for regular action.

Vydra, who has struggled to feature consistently for the Clarets since joining from Derby County in summer 2018, responded with consecutive victories – as a substitute against Southampton and a starter against Bournemouth.

Burnley boss Sean Dyche on the "difficult" decision to recall top-scorer Chris Wood at the expense of Matej Vydra against Spurs https://t.co/YVWvL2Pipd

The Cherries game saw the 27-year-old make his first start in over a year, while he stayed in the XI for the following goalless draw at Newcastle.

Dyche admitted that he could have played Wood at St James’ Park although he kept faith with Vydra, only to then make the switch for last weekend’s 1-1 draw against Tottenham at Turf Moor.

Wood marked his come back with a goa, as Vydra stepped off the bench and nearly snatched all three points for the Clarets.

When quizzed about his decision-making surrounding the Czech forward and Wood, Dyche revealed his delight with the attitude of Vydra.

“I am really pleased with Vyds,” said Dyche in the Burnley Express. “He took the decision well and came in and affected the game, so it is really, really nice to have three firing and Barnesy not too far away.”

Wood is again likely to lead the line on Saturday when Burnley look to maintain their European qualification hopes at reigning champions Manchester City.