Trippier ‘100 per cent’ sure of future Burnley return 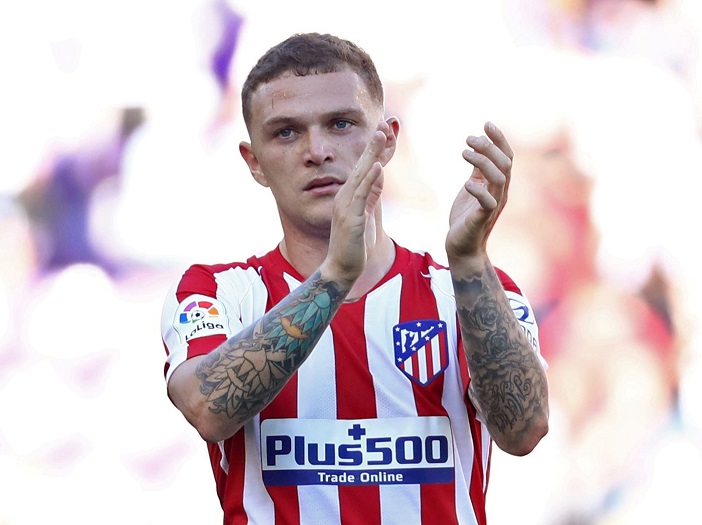 Atletico Madrid full-back Kieran Trippier says he will "100 per cent" return to play for former club Burnley before he brings his career to a close.

England international Trippier spent four successful years with Burnley between 2011-15, helping Sean Dyche’s side earn promotion to the Premier League before he moved on to Tottenham.

After impressing during his time in north London, Trippier was signed by Atletico last summer and he has been a regular for Diego Simeone’s side, making 26 appearances across all competitions, including the second leg of their Champions League success over Liverpool earlier this month.

Trippier seems to be enjoying life in Spain and is under contract with Atleti until the summer of 2022, but he has now revealed he would like to finish his career at Burnley, particularly highlighting the close relationship he enjoys with Dyche.

“We [Dyche and Trippier] have a great relationship. We’re in contact all the time about family, football,” Trippier told the Burnley Express. “It’ll happen one day for sure, I’ll 100 per cent be back playing for them.

“I would love to retire there. That’s my aim, to retire at Burnley. I want to play as high as I can for as long as I can, but I’ll know when the time is right. If I’m at Atleti for another two years, that’ll take me to 32, and Burnley’s the only club that I’d come back to England for.”

Trippier, who turns 30 later this year, is not just hoping to finish his playing career with Burnley, he also wants to one day be part of Dyche’s coaching team at Turf Moor.

“After that I’d start my coaching badges and I’d love to coach at Burnley. I’d just love to go wherever Sean Dyche goes,” the defender added.

In total, Trippier made 185 appearances for Burnley during his first spell at the club, picking up the Clarets’ player-of-the-year award in 2012, as well as twice featuring in the PFA Championship team of the year.