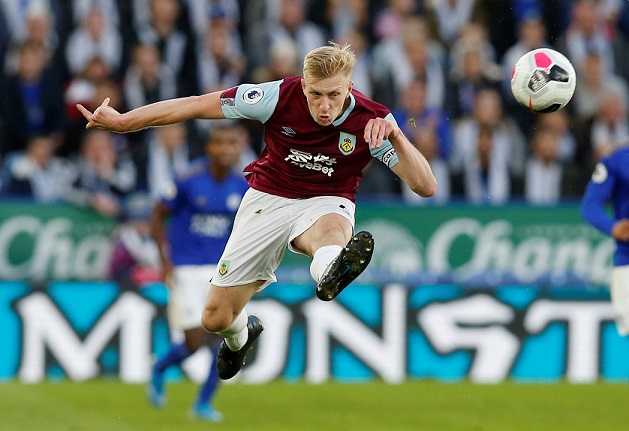 With the nation on lockdown and football ground to a halt due the coronavirus pandemic, two Burnley players have been reaching out to lonely supporters.

Members of the older generation, seen as the most at-risk demographic, have been ordered to stay indoors for the best part of three months. But to keep the connection between club and fans alive in testing times, Clarets defender Ben Mee and midfielder Jack Cork were on hand on Thursday to connect with isolated members of the Turf Moor faithful.

The pair spent the day picking up the phone to members of Burnley’s Extra Time club – a social group for the over-fifties whose activities are on hold while the country battles the spread of the virus.

“At this difficult time, it’s important for us all to do what we can to help,” said former Manchester City trainee Mee. “Hopefully this will raise spirits for those getting the call.”

IT’S GOOD TO TALK | Our players are ringing around some of the club’s older supporters to help them feel connected.

Mee made one senior appearance for the Citizens, in the League Cup, before moving to Turf Moor after a successful loan deal was made permanent in 2012. The 30-year-old has now racked up nearly 300 league appearances for the club.

Teammate Cork, also 30, began his career at Chelsea, but left for Southampton in 2011 after a series of loan moves, without having featured for the Blues’ first eleven. In later years, the Carshalton-born midfielder’s career blossomed, seeing him pick up an England cap in the draw against Germany at Wembley on 10 November 2017, shortly after he signed for Burnley. He also represented Great Britain at the 2012 Olympic Games in Stuart Pearce’s representative side.

Earlier on Thursday, the Clarets announced they would be continuing to pay all members of staff during the shutdown, with the move encompassing both matchday and non-matchday workers. The Premier League remains suspended until April 30 at the earliest.

With nine matches left to play, Burnley currently sit in 10th position in the league standings, just four points off Wolves and Sheffield United – European qualification contenders – in sixth and seventh respectively. With twelve points separating the Lancashire club from the relegation zone, their survival is all but assured, marking a major improvement on their fifteenth-placed finish at the end of last term.