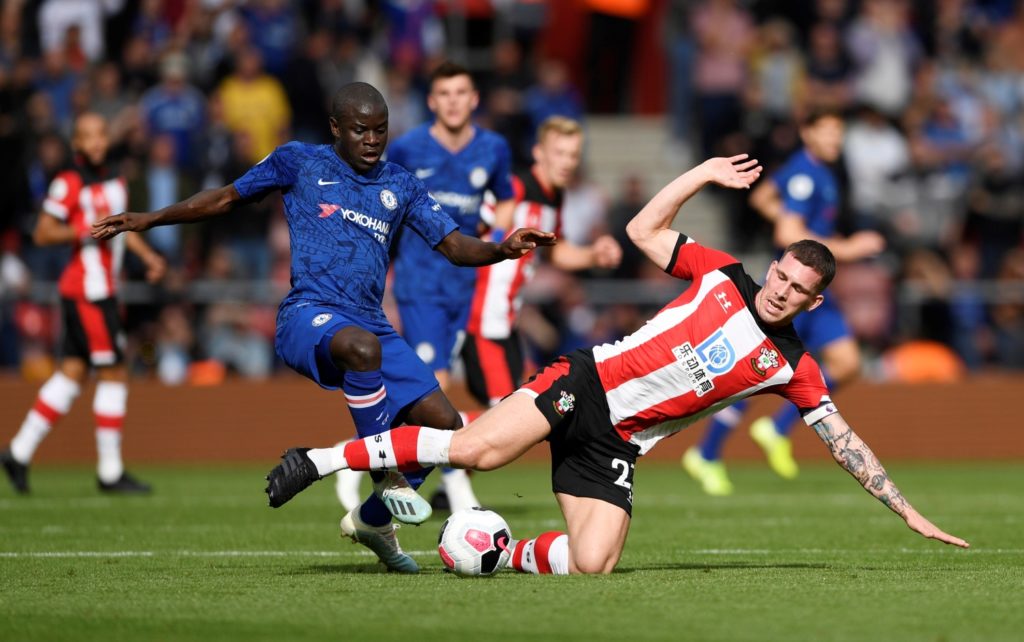 Chelsea look set to welcome back N’Golo Kante into the starting line-up as they prepare to host Crystal Palace on Saturday.

France international Kante was an unused substitute in Chelsea’s 4-4 Champions League thriller against Ajax at Stamford Bridge in midweek.

The former Leicester City midfielder has been out of action since picking up an ankle injury in August and has missed the last seven games for the Blues.

There were a few eyebrows raised when Kante was selected for the latest France squad by head coach Didier Deschamps.

The national coach gave his own update on Kante’s fitness and it appears the player will be ready for the arrival of the Eagles this weekend.

“N’Golo Kante has taken time to recover, he was back in training last week, in their squad for the Champions League,” Deschamps said.

“He is back to full fitness. If a player is available for his club, it is normal that they be part of this squad.”

Kante’s team-mate Ross Barkley has been ruled out due to his ongoing ankle issue but Mason Mount could feature, despite picking up a knock to his ankle in midweek. The England international will undergo a late fitness test ahead of Saturday’s early kick-off.

Brazilian midfielder Jorginho will miss out as he serves a one-match suspension for picking up five bookings.

As for Palace, manager Roy Hodgson is set to welcome winger Andros Townsend back into the fold.

The former Spurs attacker picked up a muscle injury against Arsenal but the England international is back fit and ready to take on the Blues.

Gary Cahill and Cheikhou Kouyate have both sustained recent head injuries but the pair are in contention for the trip to Stamford Bridge this weekend.

The Eagles have a poor record on their travels to The Bridge, having only won two of their last 17 league meetings at the ground.