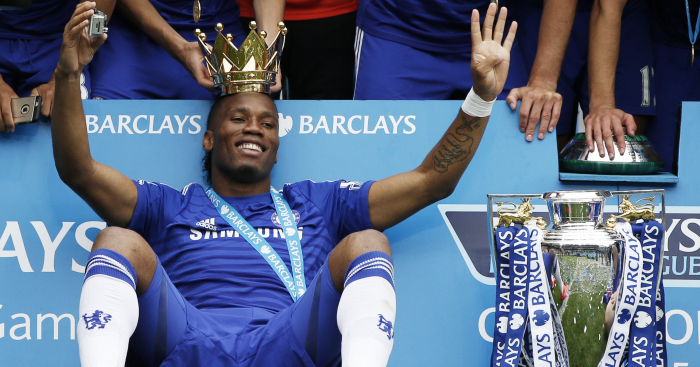 Former Chelsea striker Didier Drogba has revealed he turned down a coaching role at Stamford Bridge to help change the shape of Ivorian football.

Having had a spell in the USL with Phoenix Rising, the now 41-year-old decided to hang up his boots after a successful playing career.

Drogba had such an impact on the field, he now is looking to have one off it, as he bids to become the next president of the Ivorian FA.

The Blues icon has revealed he was offered the opportunity to head back to Chelsea and work under the current manager and former team-mate Frank Lampard in west London.

The 41-year-old has admitted it was a tempting proposal but feels he has more important work to do back in his homeland.

“I had an offer to stay at Chelsea where everything would be perfect and conditions are met,” Drogba said. “But I want to help Ivorian football because I love it!”

“I am a leader, and my vision is bigger than just the simple role of being a coach,” Drogba added. “A coach has an impact on a club – but I want to have an impact on an entire nation. I want us to re-think football, with a nationwide vision, so we can develop the game here. The Ivory Coast has a glorious footballing past.”

The Blues have enjoyed a strong start to the season and currently sit in third place in the Premier League table, while also challenging to reach the Champions League knockout stages.

Chelsea’s credentials will really be put to the test in their next outing after the international break when they make the trip to the Etihad Stadium on November 23 to take on Manchester City.

The reigning Premier League champions are looking to avoid back-to-back defeats after a 3-1 defeat at Liverpool last time out.