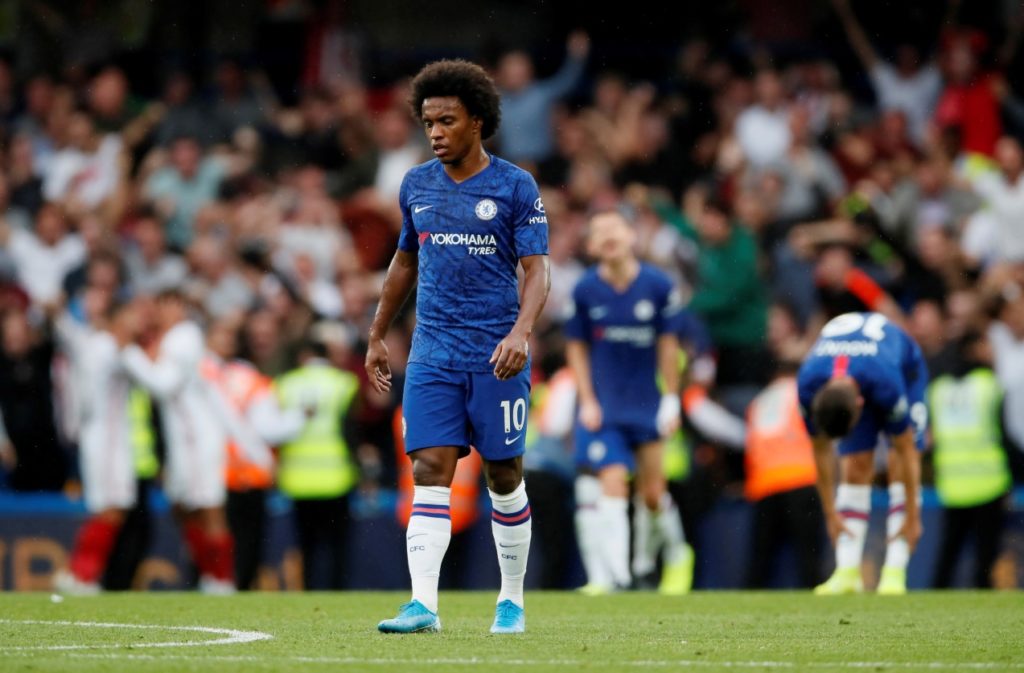 Chelsea winger Willian insists they won’t dwell on Saturday’s loss to Manchester City as they look to secure progression in Europe.

City brought an end to Chelsea’s six-game winning streak in the Premier League courtesy of a 2-1 victory at the Etihad.

The Blues have subsequently fallen behind the Citizens and now sit fourth after Kevin De Bruyne and Riyad Mahrez struck to cancel out N’Golo Kante’s early effort.

Chelsea started positively and their hard work was rewarded when Matteo Kovacic found Kante who rolled the ball home under serious pressure.

The equaliser came very much against the run of play when De Bruyne’s driven shot took a wicked a deflection to wrong-foot Kepa Arrizabalaga.

Mahrez completed the turnaround shortly before the half time break as he weaved through Chelsea’s defence before drilling into the corner.

The clash certainly lived up to the billing with plenty of opportunities for both sides and City thought they had bagged a third in additional time when Raheem Sterling netted but VAR deemed he was offside.

It was a spirited performance from Frank Lampard’s side, who continue to exceed expectations, and Willian felt they deserved more.

Willian, who is hoping to extend his stay at Stamford Bridge, told Chelsea’s official website: “I think we deserved a better result but City have a very strong team. Now we need to carry on and forget this game and move on to the next one.”

Next up for Chelsea is a return to Champions League action on Wednesday when they travel away to face Valencia.

The west London outfit head into the clash sitting second in Group H but on level points with leaders Ajax and third-placed Valencia.

A victory by two goals or more at the Mestalla will guarantee progression to the knockout stages for the Premier League club.

“That will be a difficult game as well,” Willian added. “We have to go there with the same mentality and try to win this game.”