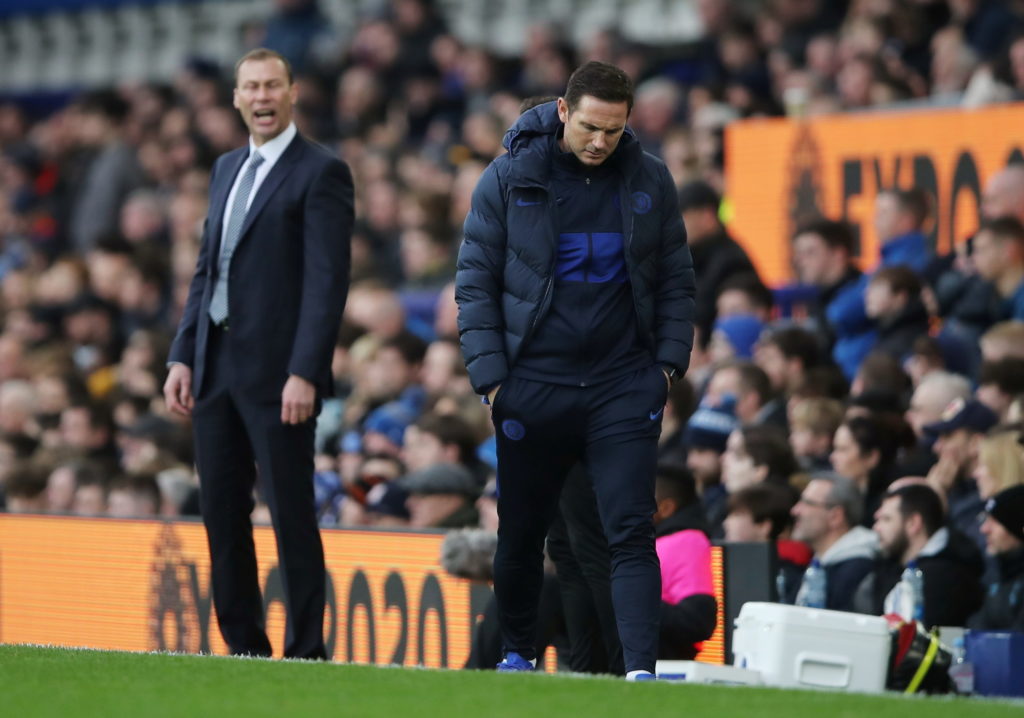 Frank Lampard has confirmed Chelsea’s current poor run of form has not changed his January recruitment plans now the club's transfer ban has been lifted.

The Blues boss lamented a lack of steel in Saturday’s 3-1 Premier League loss at Everton, which made it just one win in five matches for the Stamford Bridge outfit.

Chelsea remain well-placed in the top-four race and boast a five-point lead over Manchester United in fifth.

But the west Londoners cannot afford to let things fester and slide down the table following their encouraging start to the season.

Chelsea’s ability to bring in new signings in January will provide a boost after their two-window FIFA transfer ban was lifted by the Court of Arbitration for Sport last week.

A left-back, a second striker and a midfielder are believed to be on Lampard’s shopping list.

However, the 41-year-old has challenged his current crop of players to show their tougher “personality” and fight for their futures.

While he will have the ability to spend money, Lampard will not let recent results dictate his plans.

Frank Lampard Insists Chelsea Must Not Be 'Too Reactionary' in Transfer Market https://t.co/kOmFqQz9PE

When asked for his thoughts on the looming transfer window, he said: “That’s always pretty fluid, so I haven’t got anything exactly to say ‘I need this, this, this’.

“I wouldn’t say my mind is set on anything to be changed. But you do learn from your players in tough times, not just in terms of what they do on the pitch but how their personality is.

“That was the disappointing thing at Everton, it wasn’t just that we were slightly off – I didn’t like that there were individual contact moments across the game that we lost.”

Lampard has called on his side to hit back in Tuesday’s Champions League Group H clash with Lille.

The Blues know a win will book a last-16 place given that the top two sides – Ajax and Valencia – meet in the Netherlands.