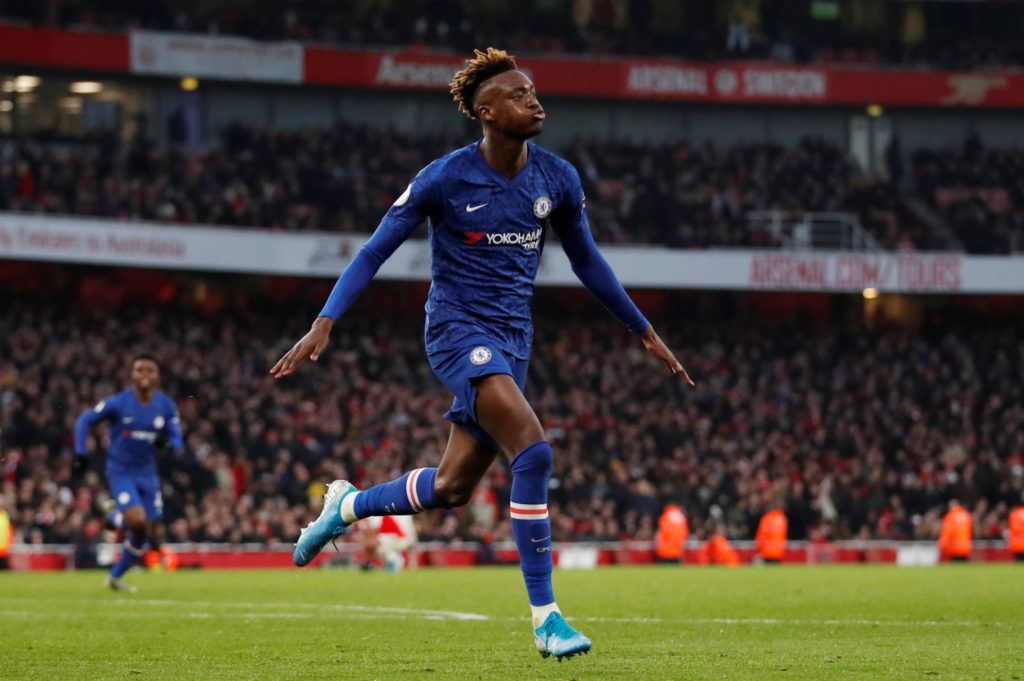 Abraham has thrived in the Premier League with Chelsea this season, scoring 12 goals in 19 appearances, and Lampard is confident there is more to come.

The 22-year-old academy graduate has profited from Chelsea’s transfer ban, making the centre-forward spot his own, after impressing during two spells on loan in the Championship.

He hit 23 goals in 2016-17 at Bristol City and fired Aston Villa to promotion after notching 26 times last season.

Lampard isn’t short on striking options with Olivier Giroud and Michy Batshuayi available, but he was clear that Abraham would be his main man from the off in 2019-20.

The England international brought up goal number 12 to round off 2019 in style as Chelsea beat Arsenal 2-1 at the Emirates on Sunday.

It was Abraham’s first goal against one of the league’s so-called ‘big six’ teams and Lampard believes it will give his man confidence to do it against their other rivals.

Lampard said: “Hopefully it will help him. His numbers are great and getting better.

“People will always look at ‘have you scored against the big six’, I get that from the outside. But I have no doubt that he will do, and that as he develops he’ll do that more and more.”

Abraham is currently joint-third, one behind second-placed Pierre-Emerick Aubameyang, in the race for the 2019-20 Premier League Golden Boot, matching Marcus Rashford’s haul.

But he has plenty of work to do in the second half of the season if he is to knock Leicester’s Jamie Vardy, who has scored 17 times, off top spot.

The hitman will have the opportunity to boost his scoring figures when Chelsea return to action at Brighton on New Year’s Day, and punters using their free bet may want to back the Blues for the win.