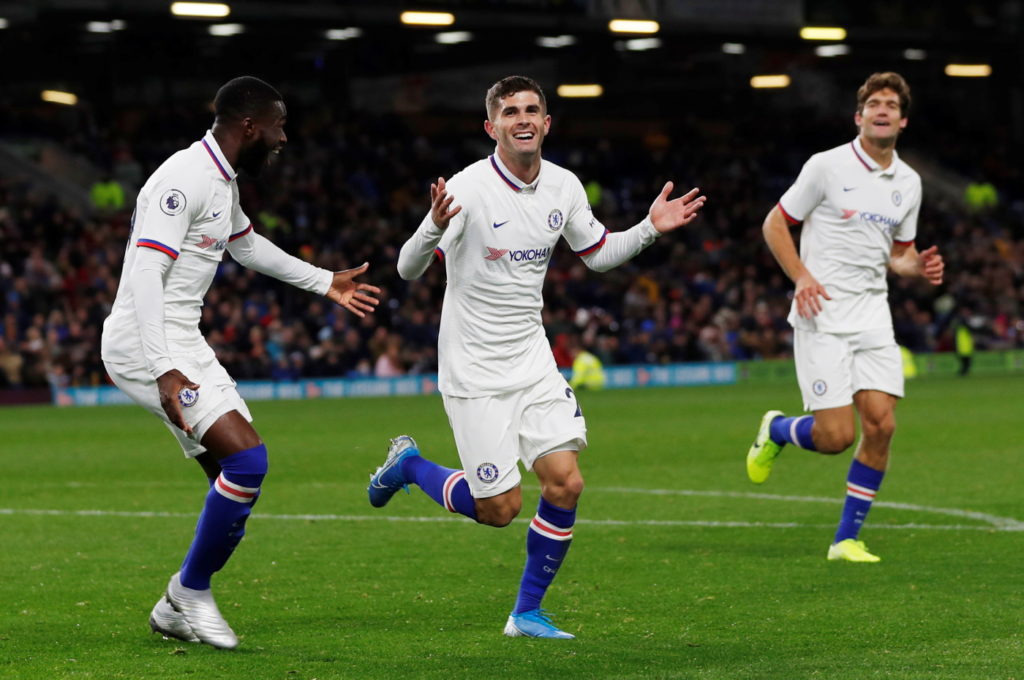 Christian Pulisic says the current crop of Chelsea players are looking forward to the potential of facing extra competition for places.

Initially, Chelsea were unable to sign new players in January because of the final part of their two transfer-window ban but, after a successful appeal to the Court of Arbitration for Sport, the Blues can now bring in reinforcements.

France international Olivier Giroud is expected to leave Stamford Bridge after slipping down the pecking order and manager Frank Lampard is said to be weighing up potential additions to his squad.

Crystal Palace star Wilfried Zaha has been linked with a switch to the five-time Premier League champions, while Lyon forward Moussa Dembele is also believed to be a big target for Chelsea as they look to improve in the final third.

USA international Pulisic has impressed during his debut season in England’s top flight and insists the current crop are excited about the prospect of new arrivals, but admits starting places won’t be given up without a fight.

“It is normal, teams look to improve and if players do come in there is competition,” he was quoted as saying by the Standard.

“That is how it goes, so we’ll be ready for that and hopefully we’ll have players that come in and want to help us.”

Chelsea, who drew 1-1 at Brighton on New Year’s Day, return to action on Sunday when the play host to Championship outfit Nottingham Forest in the third round of the FA Cup.

After a busy festive period, Lampard is expected to rotate his squad for the encounter, although Pulisic could be handed his first taste of FA Cup action, having been subbed in the second half of the draw at the Amex Stadium.

The 21-year-old has scored five goals from 16 Premier League appearances this season and punters may decide to use their free bet on the midfielder firing his side into the fourth round of the competition.