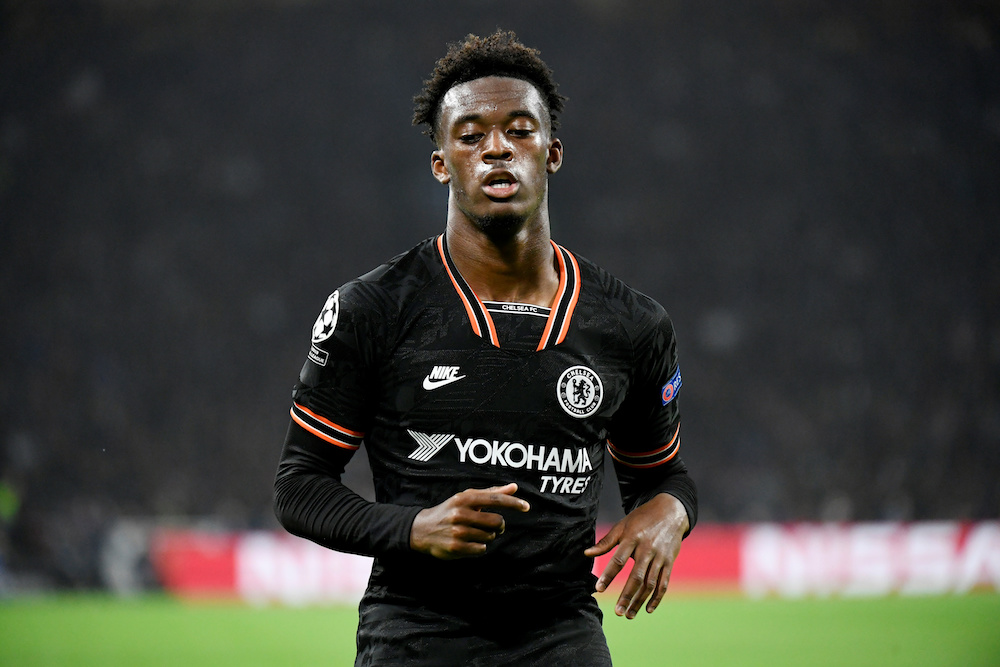 Chelsea forward Callum Hudson-Odoi has revealed he fears of recurrence of his Achilles tendon injury as he battles to get back to his best.

England international Hudson-Odoi had his impressive breakthrough campaign last term ended early after he was forced off in the first half a match against Burnley in April with an injury to his Achilles tendon, ruling him out for the rest of the season.

The 19-year-old has gone through a long rehabilitation period to get back to full fitness and all of that work paid off on Sunday as he scored his first goal in four months, putting Chelsea ahead in the 2-0 FA Cup third-round victory over Championship outfit Nottingham Forest.

Getting on the scoresheet will do the forward the world of good as he has struggled to replicate last season’s form this term, which has resulted in a lack of playing time under Frank Lampard, who is eager not to ask too much too soon from the Englishman.

Hudson-Odoi was left clutching the troublesome right Achilles after a heavy tackle against Forest and he admitted the injury has played on his mind during his recovery, with the fear of getting sidelined again an issue he needs to overcome.

“I’ve been doing work every day with the conditioning coaches to ensure it’s strong enough and nothing else happens to it. I think I’m close to the point I was before.The player trod on my Achilles which was a bit painful but everything is alright.”

Chelsea return to Premier League action on Saturday when they take on Burnley at Stamford Bridge.