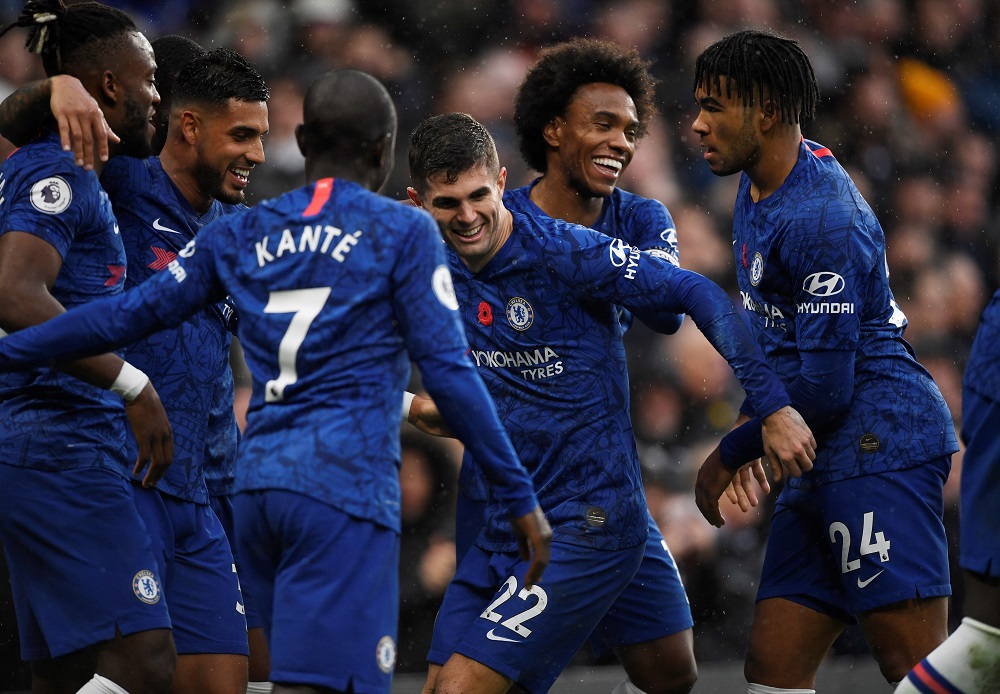 Chelsea boss Frank Lampard will have to do without USA international Christian Pulisic for the home clash with Sean Dyche's Burnley.

The USA forward will be sidelined for a number of weeks after picking up an adductor injury in training before last weekend’s FA Cup victory over Nottingham Forest at Stamford Bridge.

“Pulisic will be out for a few weeks,” said Lampard.

“He was injured in training the day before Nottingham Forest, it’s an injury to his adductor, a tendon injury.

“It’s disappointing for us. We’ll have to see how quickly he recovers as it’s a nasty injury, he was in pain at the time.”

Ruben Loftus-Cheek is still some way from a playing return as he continues rehabilitation from heel surgery but Callum Hudson-Odoi will be pushing for a starting berth after an eye-catching display in the FA Cup last weekend.

Marcos Alonso and Olivier Giroud have both been linked with moves and are not expected to feature against the Clarets as Chelsea look to address a run of form which has seen them drop eight points behind third-placed Manchester City, while they are four ahead of Manchester United in fifth.

Lampard expects Burnley will have looked at recent Chelsea home games and will be a very organised side. #CHEBUR

Burnley are expected to be without striker Ashley Barnes for the trip to Stamford Bridge.

Barnes missed last week’s FA Cup win against Peterborough and is waiting to learn the full extent of a groin problem, while midfielderJohann Berg Gudmundsson’s miserable season with injury continues and he has a hamstring problem and is unavailable.

Striker Jay Rodriguez and defender Phil Bardsley could both miss out through illness but leading goalscorer Chris Wood is likely to be fit after a hamstring strain.

Dyche knows his side need to get themselves back to winning ways having lost their last three Premier League games and slipped towards the relegation places.

Their record at Stamford Bridge is not bad though and they have avoided defeat on their last two visits.