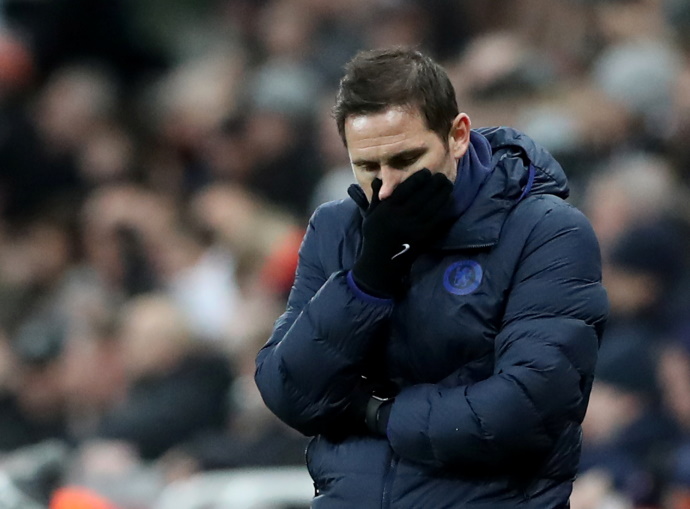 Chelsea boss Frank Lampard says his side paid the price for not taking their chances as they left Newcastle empty handed on Saturday.

The Magpies had to withstand a storm at St James’ Park before Isaac Hayden, who had started the game in midfield but ended it at right wing-back, struck four minutes into stoppage time to clinch a priceless 1-0 win in the Premier League.

There were seconds remaining when Bruce, overruling assistant Steve Agnew, sent Hayden up for a corner and although Matt Ritchie’s initial ball in was repelled, Allan Saint-Maximin picked him out at the far post and he headed past Kepa Arrizabalaga.

Even Newcastle boss Steve Bruce admitted it was a smash-and-grab raid, but Lampard said his side had nothing but themselves to blame after leaving the north east with nothing to show for their efforts.

Asked after the game how his side had come away with nothing, he summed it up simply by saying ‘we didn’t score’.

Lampard then admitted it has been the story of part of their season, control the game and creating chances, but failing to put them away.

Tammy Abraham did not enjoy one of his better days in front of goal, but Lampard was dismissive when asked if he sympathised with the striker.

“He’s got a great character, a great desire about him and I’m delighted with Tammy. I can’t complain one little bit.”

Even so with the transfer window open for another 10 days or so it could be a situation that Lampard will look to address before it closes with another striker said to be on the wanted list.