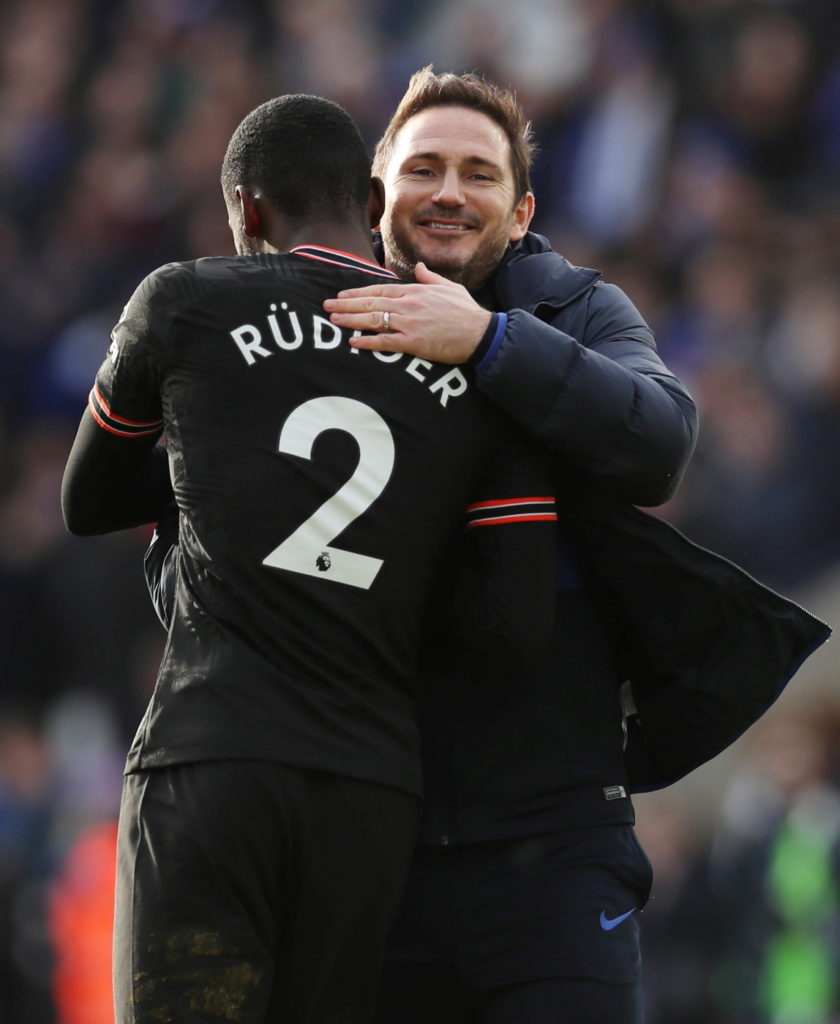 Frank Lampard hailed the contribution of defender Antonio Rudiger after he scored twice in Chelsea's 2-2 draw at Leicester in the Premier League on Saturday.

Chelsea consolidated fourth place in the standings after a hard-fought draw at King Power Stadium, with Rudiger opening the scoring and then salvaging a share of the spoils with 19 minutes left to play.

Lampard was delighted with the contribution of the Germany international, while he also conceded a draw was perhaps the right result from a keenly-contested fixture.

“A fair point on play,” Lampard told the Chelsea website. “I was delighted with his two goals. We need to score more from set-pieces, particularly in games against good opposition when it’s tight. So really pleased with Toni.”

Rudiger was sidelined for much of the first half of the season with knee and groin injuries and Saturday’s appearance was only his 10th in the league this term, with Lampard admitting Chelsea missed the 26-year-old during his prolonged absence.

Lampard added: “He brings an aggression and a presence in everything he does. That’s good because we have young players in those areas as well. He is more experienced of our centre-backs. He brings his quality in lots of ways.

“Set-pieces are something we have been a bit short on, in terms of how desire have we got to put our head on it and score goals. He brings that naturally.”

The former Roma defender could have a big role to play over the second half of the season, with Chelsea not only looking to secure their place in the top four as they are also still involved in the Champions League and the FA Cup.

‘At the end of the day it’s an important point.’

The Blues will now embark on their winter break, with their next match not coming until February 17 when they welcome top-four rivals Manchester United to Stamford Bridge.