Three goalkeepers that could replace Kepa at Chelsea? 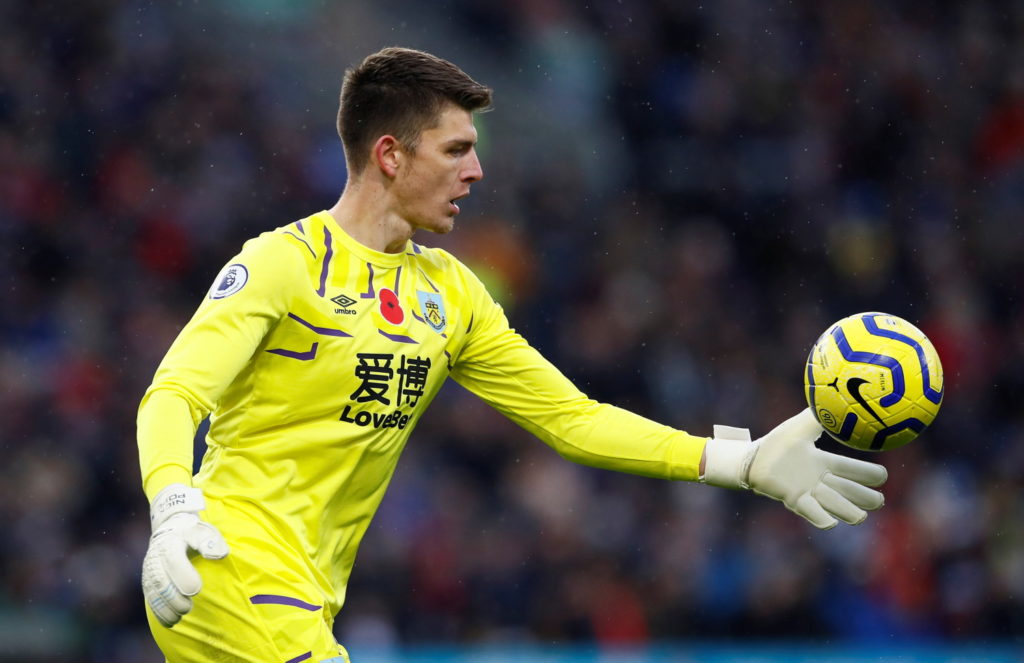 Chelsea look to be in the hunt to sign a new goalkeeper in the summer and they will not have to venture to far to land a top quality one.

Kepa Arrizabalaga’s days look to be number at Stamford Bridge after he was dropped for Saturday’s Premier League clash against Leicester City, amid reports that Frank Lampard does not fancy him.

It has been claimed in some circles that Willy Caballero will take the gloves for the rest of the season, and if that is the case then Lampard will definitely have a new goalkeeper high on his summer shopping list.

A top quality, reliable goalkeeper is a must if you want to win trophies. Just ask Liverpool. The capture of Alisson has had a huge impact on their success and Lampard is thinking along the same lines.

So who should Chelsea attempt to sign if they do look to replace Arrizabalaga in the close season. Well two options are very close to home.

First up, Burnley’s Nick Pope has already been heavily linked and could be Lampard’s number one choice.

The Clarets have had a tough season battling to keep away from the Premier League relegation zone, but Pope has still managed to keep an impressive nine clean sheets.

The 27-year-old could soon be England’s number one goalkeeper, replacing Everton’s Jordan Pickford, and fitness permitting will definitely be in the squad for Euro 2020.

Burnley would fight to keep hold but Chelsea should be able to land him if they offer enough.

Another top quality English goalkeeper comes in the form of Dean Henderson, who is currently on loan at Sheffield United from Manchester United.

The Blades have shocked many this season and their impressive position in the Premier League is partly down to Henderson keeping nine clean sheets this season. The same as Pope and Allison.

Has conceded just 23 goals this season compared to Arrizabalaga’s 43! So no surprise that Chelsea are keeping tabs on the 22-year-old.

One huge stumbling block could be the fact he is a Manchester United player and they may see him as a long-term replacement for David de Gea and refuse to sell, particularly to Chelsea.

And finally Newcastle stopper Martin Dubravka has earned a reputation as one of the best goalkeepers in the Premier League following another impressive season.

At 31 he still has some of his best years ahead of him, but the only downside is the fact he may not be the long-term option that Lampard is after.

Still he would not break the bank and is without doubt a top-class goalkeeper.