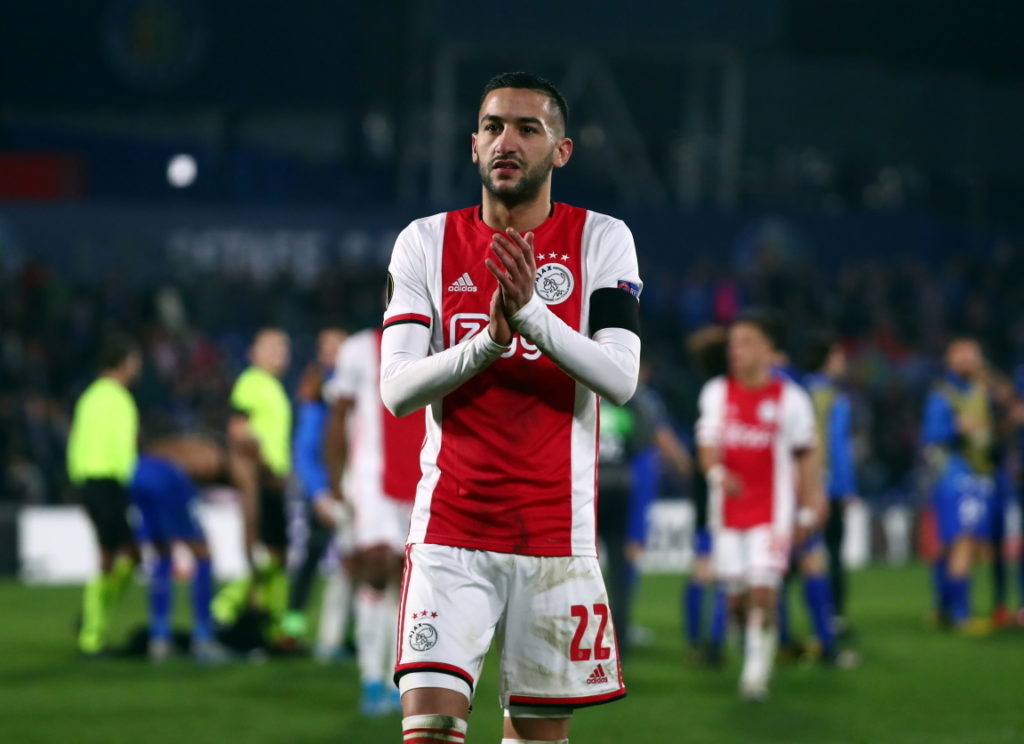 Chelsea have wrapped up the signing of Hakim Ziyech after the Ajax star agreed terms on a five-year deal at Stamford Bridge.

It was announced earlier this month that Chelsea had reached a deal with the Dutch club for Ziyech’s signature, but now that the player has agreed the contract, the transfer is very much done and dusted.

The Morocco winger, who will join the Blues on July 1 for an initial fee of 40million euros (£33.4m), is to remain at Ajax for the remainder of the season.

He is Frank Lampard’s first signing as Blues boss and when the deal was announced he told the club’s website that he is ‘delighted and proud’ to have signed for a huge club like Chelsea and is looking forward to winning silverware with the club.

Ziyech is just what Chelsea need and looks to be a very exciting signing for the club. He has laid on more than 20 goals in each of the last three seasons, and has scored 49 times for the Dutch side so Chelsea fans have a lot to look forward to if he can carry on with such form.

He is viewed as a replacement for Eden Hazard, who left for Real Madrid last summer, and is having a nightmare first season at the Bernabeu after breaking his ankle over the weekend.

Chelsea director Marina Granovskaia has also revealed the club’s delight at getting the deal over the line, and believes they have landed one of Europe’s best.

“We are delighted Hakim will be joining us, having been a key target of the club’s in this last window,” she said.

“He has consistently been one of the most dangerous attacking players in Europe in recent years, which we saw first-hand in our two games against Ajax in the Champions League.”

Chelsea will now attempt to finish strongly to try and ensure that Ziyech has Champions League football to look forward to again next season.