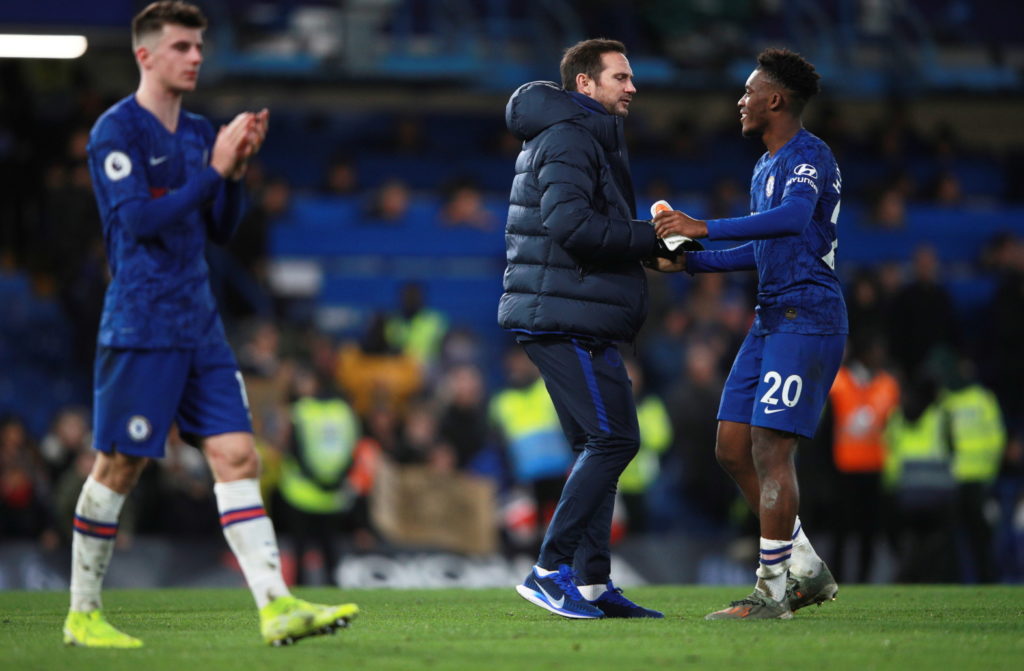 Chelsea will be missing injured trio Christian Pulisic, Callum Hudson-Odoi and N'Golo Kante when they take on Bayern Munich on Tuesday night.

Chelsea go head-to-head with the Bavarian giants over two legs in the last 16 of the Champions League and will need a positive result at Stamford Bridge to give them a chance.

However they will have to do it without all three players as boss Frank Lampard confirmed they are unavailable.

Both Pulisic and Kante are struggling with abductor issues and will miss out, while Hudson-Odoi, who was a Bayern transfer target in the summer, has a hamstring injury.

Lampard says the youngster is closing in on a return but the Bayern game comes a bit too soon for him.

However there is better news regards Pedro and Ruben Loftus-Cheek, who are both available.

Pedro missed the 2-1 Premier League win over Tottenham at the weekend with a ‘small problem’, but is fit to face the Bundesliga giants.

'I understand if people call us the underdog because the Bayern team is so strong and they have so much experience, but the underdog is there to change things around.' #CHEBAY

Lampard is happy to place faith in his young players, but accepts they will have to be at their absolute best to get a result over both games.

“We’ve got players with Champions League experience in the squad but we’ve also got young players at the first stages of their careers,” said Lampard.

“A big part of my job tomorrow is to explain to the players that over two legs we need to be at our maximum. We need every detail, every box ticked in both games.

As for Bayern they have had their injury issues this season and will be missing key players for the trip to west London.

Influential defender Niklas Sule is missing with a knee injury, while the experienced Croatian international winger Ivan Perisic has an ankle issue and also sits out.

There is better news as midfielder Javi Martinez is back in training after a six-week absence with a muscle injury, and is sure to come into contention.