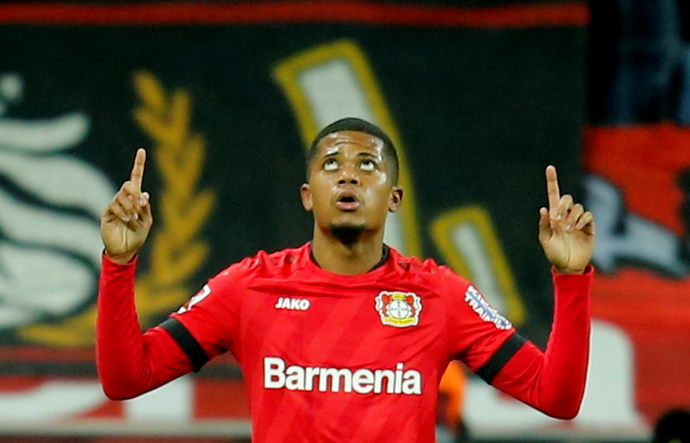 Chelsea are targeting a move for Bayer Leverkusen ace Leon Bailey and are ready to spend big to land their man in the summer transfer window.

Chelsea were able to sign players during the January transfer window after the embargo was lifted, but boss Frank Lampard will be looking forward to the summer when all the real action takes place.

There are of course doubts about when the season will end following the outbreak of the coronavirus, but that is not stopping clubs from stepping up their attempts to get new players on board.

Lampard is expected to bring in a host of new faces and 22-year-old Bailey has now emerged as a top target following some outstanding displays for the Bundesliga side this season.

Bailey could be one of the most in-demand players of the summer with Manchester United and Liverpool known to be keeping tabs on him, and now Chelsea can be added to that list of admirers.

Chelsea are plotting an £85m transfer for Leon Bailey in the summer #CFC https://t.co/71ZrC0Bu41

Reports claim that Lampard is so desperate to land the player ahead of Chelsea’s rivals, he has urged his board to splash out the £85million that could be needed to complete the deal.

Lampard is said to have taken a closer look at Bailey as Bayer Leverkusen beat Scottish outfit Rangers 3-1 in the Europa League last-16 first-leg on Thursday night and was very impressed with what he saw.

Bailey capped an all-round fine performance at Ibrox by grabbing the third goal as Leverkusen put one foot in the quarter-finals.

Bundesliga champions Bayern Munich are also said to be in the hunt for the Jamaican international, but Leverkusen would prefer to sell to a side outside of Germany, which gives Chelsea hope of landing him.

With Willian and Pedro tipped to move on in the summer, it is thought Lampard sees Bailey as the ideal signing to help fill the void.