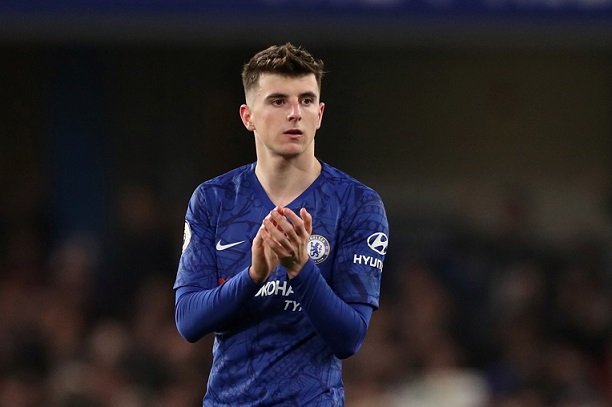 Chelsea are to remind Mason Mount of his responsibilities after he broke his self-isolation requirements at the weekend.

England international Mount was spotted playing football in a London park with West Ham midfielder Declan Rice on Sunday, despite the fact the entire Chelsea squad, coaching staff and a number of the backroom team were forced into self-isolation.

The self-isolation came about after it was confirmed on Friday that Mount’s Chelsea team-mate Callum Hudson-Odoi had tested positive for the coronavirus, meaning the club had to take action to align with government guidelines.

Mount will now be reminded of responsibilities by Chelsea after breaking his self-isolation, but it is unlikely he will face any further punishment.

The Premier League is currently suspended until April 4 at the earliest in a bid to contain the outbreak of the virus, with Chelsea’s top-flight games against Aston Villa, Manchester City and Leicester having been called off as a result, as well as the second leg of their Champions League tie with Bayern Munich.

From a personal point of view, Mount will be hoping the season can resume as soon as possible, as he has enjoyed a breakthrough campaign with Chelsea, netting six goals in 29 league appearances to date.

The 21-year-old’s form also saw him earn senior recognition with England for the first time during the autumn and he has, so far, won six caps for his country and netted his first international goal during the Euro 2020 qualifier against Kosovo in November.

Mount is under contract with Chelsea until the summer of 2024 after signing a new long-term deal with the club last summer.

He previously spent time on loan at Championship club Derby where he worked under current Chelsea manager Frank Lampard.