No end in sight for luckless Loftus-Cheek 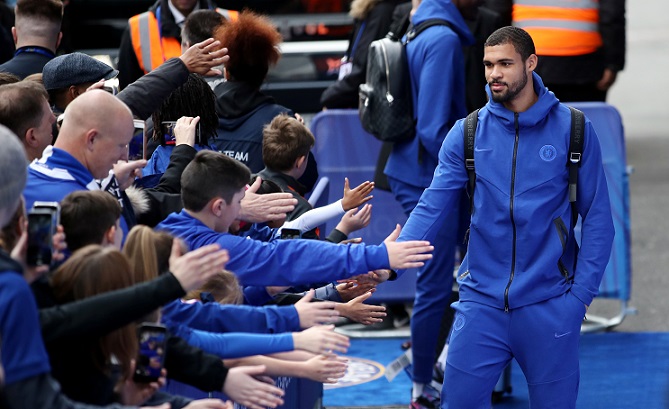 Ruben Loftus-Cheek’s miserable season looks set to continue for the foreseeable future despite being close to full fitness.

The England midfielder has not played a single minute for the Blues this season after rupturing an Achilles tendon in a post-season showpiece match against MLS outfit New England Revolution.

He has had to watch on enviously as Frank Lampard’s new-look Chelsea team have impressed in the Premier League, sitting in fourth position.

The likes of Tammy Abraham and Mason Mount have played key roles in their season so far as Chelsea aim to qualify for the Champions League despite being unable to sign anyone in the summer due a Fifa imposed transfer ban.

Callum Hudson-Odoi, Fikayo Tomori, and Reece James have all been reliable members of the supporting cast, while academy duo Faustino Anjorin and Armando Broja were given their debuts in Chelsea’s 4-0 win against Everton earlier this month.

Loftus-Cheek has almost become a forgotten man at Stamford Bridge but was making progress prior to the season being suspended due to the Covid-19 crisis.

He made a succession of outings for the club’s Under-23 side and played the full 90 minutes in a match against Everton at the beginning of the month.

The 23-year-old was edging close to a return to the first team but Lampard admits the break could not have come at a worse time.

Speaking about the attacking midfielder’s predicament, the Chelsea boss says the enforced break means his match fitness levels will plummet.

“I suppose in a few cases, it is a bit frustrating because we had just got to the stage where Ruben Loftus-Cheek was looking like he might be ready to play soon,” he said.

“So that match fitness thing we were looking for, we’ve kind of lost that.”

It sums up what has been a dreadful season for Loftus-Cheek and one he would like to forget quickly.

Much was expected of the powerful midfielder when he returned to Chelsea at the beginning of the 2018-19 season after a successful loan spell with Crystal Palace – and an exciting cameo role for England at the 2018 World Cup.

Last season, he played 40 matches across all competitions scoring 10 goals and showing his ability as a potential key player for Chelsea in the future.

Breaking back into the side when fit could prove to be a challenge with the likes of Mount, N’Golo Kante, Mateo Kovacic, and Ross Barkley all vying for places.

Loftus-Cheek certainly brings something different to the party with his strong running ability from midfield unmatched in the Chelsea squad, but the severity of the injury may have taken away some of that ability.

If there is one person within football is hoping for everything to get back to normality as quickly as possible, it is Ruben Loftus-Cheek.