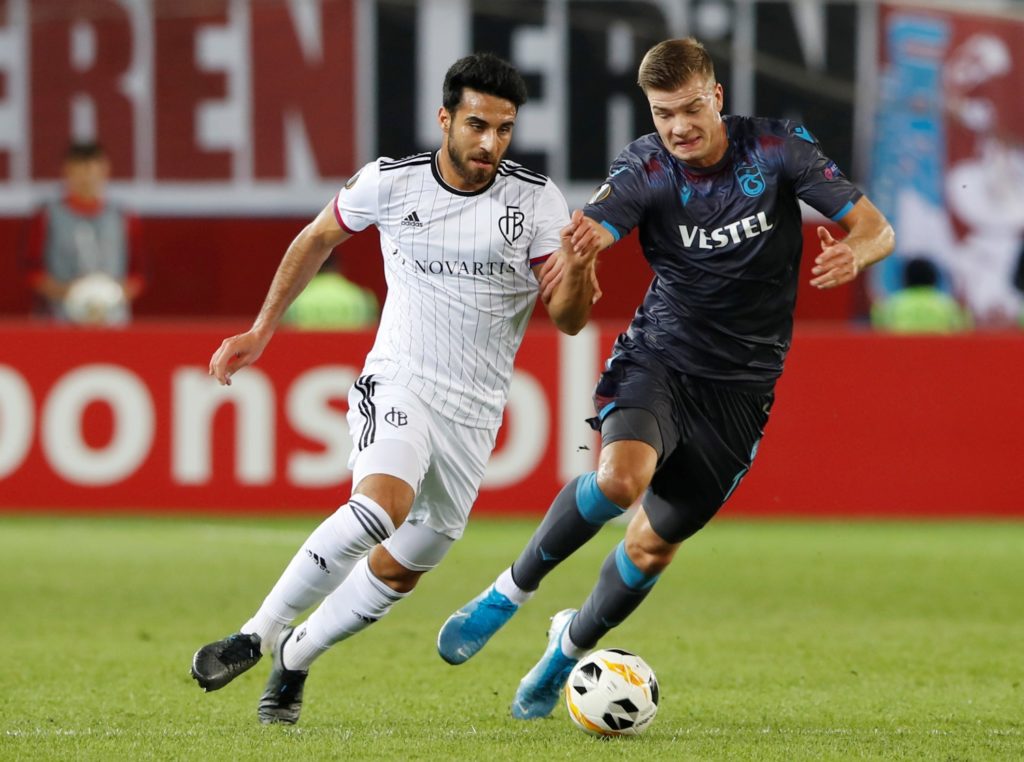 Sorloth, 23, joined The Black Sea Storm on a two-year loan deal in the summer after failing to make the grade with the Eagles.

The man capped 22 times by Norway moved to Selhurst Park form Danish club FC Midtjylland in January 2018 but did not find the target in 16 Premier League games before being loaned to Belgian club Gent in January this year.

Sorloth did score four times for The Buffalos before returning to south London in the summer.

It seems as though he does not feature in Roy Hodgson’s plans, with the youngster immediately sent packing to Turkey for the next two seasons, with Sorloth finally showing the form that saw Palace buy him in the first place.

Sorloth has bagged eight goals from 18 appearances in all competitions and won over the home faithful, who appeared sceptical when he was first brought in.

Turkish daily Hurriyet are reporting that Trabzonspor do not want to wait until the end of the loan period to secure the player on a permanent contract and will hope to do business in January.

It has been said that the Sup Lig outfit have a budget of just 4m euros for Sorloth, who cost Palace a reported £9m when they snapped him up.

Whether the Premier League side would be willing to sanction his exit for the sums quoted is open to debate but it seems inevitable that the Scandinavian will not kick another ball for the club.

Hodgson clearly does not rate the ex- Rosenborg player as the former England chief is in need of firepower himself up front after a barren first third of the campaign for his strikers.

They have scored just 10 top-flight goals from 12 games and will hope to add to that tally when hosting table-topping Liverpool on Saturday.