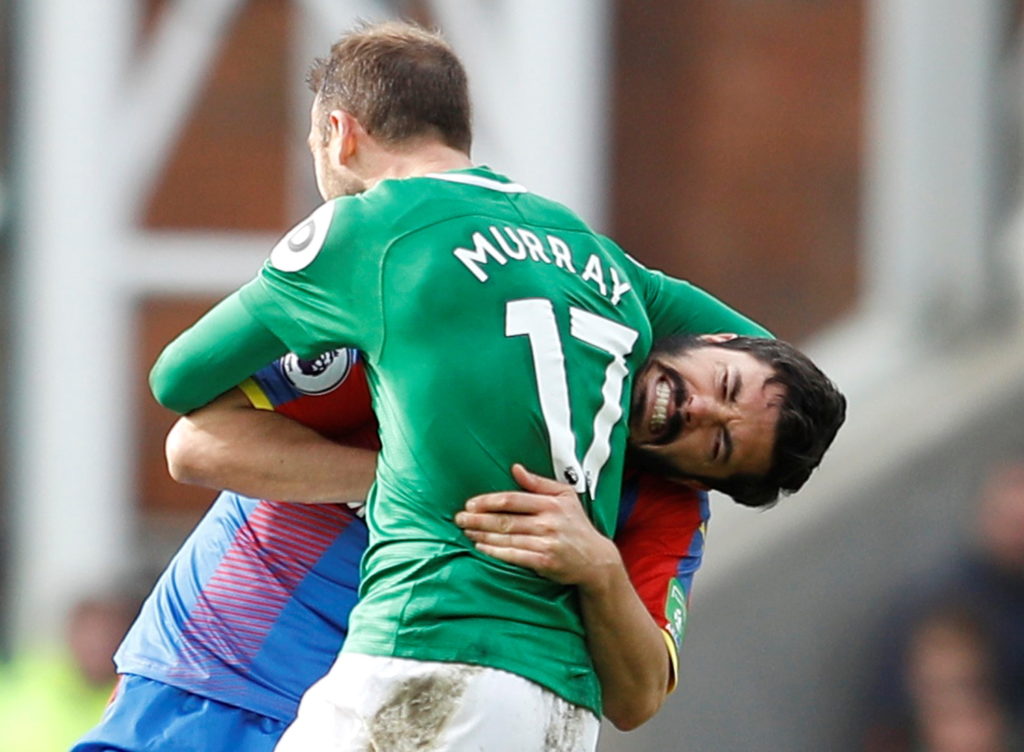 Crystal Palace and Brighton will lock horns at Selhurst Park on Monday night in what is surely one of the strangest derby games in football?

A traditional derby is a game between two rivals that are based in areas of close geographical proximity, usually in the same town or city or just a handful of miles away.

However as Palace are located in South London and Brighton are 37 miles away down the A23 on the south coast in Sussex, it seems implausible to count this fixture as a derby clash.

Indeed, the two sides battled it out fairly regularly without any animosity in the Football League Third Division – of which they were both founder members in 1920 – throughout the 1950s and 60s.

Things changed in the mid-70s when Palace dropped back into the third tier having been relegated and came up against the Seagulls for the first time in 11 years.

The teams clashed on the opening day of the 1974-75 season with Brighton, managed by Peter Taylor, coming out on top against the flamboyant Malcolm Allison’s Palace.

An unusually high crowd of 26,000 turned out at the Goldstone Ground, while the encounter was marred by multiple arrests and fighting between fans inside and outside the stadium.

That game seemed to be the catalyst for what has now become a fiercely-contested game which fans of both sides now look for when the fixtures for the new season are released in mid-June.

Indeed, Brighton even followed it up by changing their nickname from ‘The Dolphins’ to ‘The Seagulls’ to counter-chant to Palace’s ‘Eagles’.

This is why it matters…https://t.co/inBGZZBIO6

The ill-feeling between the clubs was exacerbated by the arrival of Terry Venables in the Palace hotseat in summer 1976 as he was to go up against his former Tottenham team-mate Alan Mullery in the Albion dug-out.

An angry exchange between Mullery and Venables after Palace edged an FA Cup first-round second replay in December 1976 took the rivalry to another level and that is how it has remained ever since.

Games between the sides were few and far between for over 20 years with just four showdowns from 1990 to 2011.

However, the ‘derby’ has been given a new lease of life since then as the sides initially battled it out for promotion from the Championship.

And, ahead of Palace winning a play-off semi-final clash at the Amex Stadium in 2013, it was revealed that human excrement had been smeared across the floor in the away dressing room toilets.

The rivalry was brought back to the top division for the first time in 36 years when Brighton won promotion in summer 2017 and it’s the Seagulls who have enjoyed the better of those recent meetings.

They recorded the league double last season, won an FA Cup clash in January 2018 and drew at the Amex in the league in November 2017.

Palace’s only win was a 3-2 success at Selhurst Park in April 2018 and Roy Hodgdon’s men go into Monday’s clash with Graham Potter’s outfit trailing Brighton 40-36 in the number of wins in this encounter.