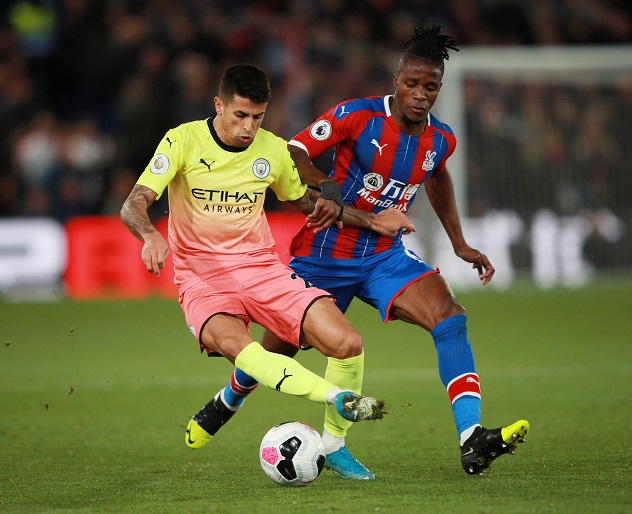 Crystal Palace's Wilfried Zaha has reportedly instructed his new agent to get him a transfer to Tottenham amid talk Bayern Munich have had an offer rejected.

Zaha has been pushing for a move away from Selhurst Park since the summer when Arsenal had two bids for the forward rejected by the Eagles, while Everton were also thought to be sniffing around.

The Gunners eventually brought in Nicolas Pepe but Zaha’s list of suitors is still lengthy with Tottenham, Chelsea and Bayern Munich thought to be amongst the clubs keen to persuade Palace to part with their prized asset in January.

Selhurst Park boss Roy Hodgson recently stated that the club have no interest in the Ivory Coast international leaving midway through the season and that appears the case with Bayern seeing an offer turned down.

The German giants are thought to have tabled a bid which would have seen the 27-year-old move to the Allianz Arena on loan with a view to a permanent switch in the summer.

Palace have made it clear they won’t consider letting Zaha leave on loan and have reiterated their asking price of £80million for a player who still has three-and-a-half-years left to run on his contract.

Although the club are steadfast in their belief he will stay in south London until the end of the season, it is understood the ex-Manchester United is pushing to get out this month.

Zaha has recently linked up with super-agent Pini Zahavi and that has lead to Tottenham being made the favourites to sign the forward.

Zahavi was the architect of Jose Mourinho taking over at Spurs last November and is now looking to help the ‘Special One’ improve his options in north London.

Mourinho is likely to have issues persuading Tottenham chairman Daniel Levy to spend £80million mid-season, especially with the club having just moved into their new stadium, which cost an estimated £850million.

Hodgson previously admitted that if a club did meet Palace’s Zaha valuation then they would consider selling but expects him to keep his focus on the pitch for now.